This is what happens when the Holocaust becomes universalized, a free-floating metaphor and finally woke kitsch.

A production of Romeo and Juliet for non-binary performers, with Juliet reimagined as a persecuted Jew and Romeo as a member of the Hitler Youth, has become embroiled in a row over its failure to include Jewish people in a casting call.

The London-based Icarus Theatre Collective is staging a version of Shakespeare’s play set in Nazi Germany. The company advertised for “non-binary artists, and/or those of global majority, black or Asian heritage” to join the cast.

The call did not include any request for Jewish performers to join the cast of the production, set in the Third Reich, and the company has publicly apologised for the omission.

Yes, that’s the problem there.

This production, which has now been canceled, comes on the heels of things like the various Anne Frank revisions, including the Latino/ICE one. The underlying problem though is the use of the Holocaust and Hitler as a metaphor for everything bad.

The Holocaust is not a lens. It’s certainly not a lens for whatever woke nonsense is trying to appropriate Jewish history to make claims about the “rise of fascism” today.

There, is to a much lesser degree, similar objections to Netfix’s Dahmer movie which distorted and rewrote the history of the murders to score political points.

Treating real events, especially the murder of people, as a metaphor reduces the dead to the means of a political end while robbing them of their voice, their history and their identity.

The Holocaust is not slavery, slavery is not the Holocaust, whatever some sexual minority is upset by is not either one, and real events are not interchangeable. Neither are real people. 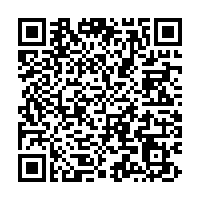