Israel’s Attorney General’s Office this week instructed police not to allow any more victims of terror attacks to witness the demolition or sealing of houses belonging to the terrorists who had murdered their loved ones, NRG reported.

The order was issued by AG Avichai Mandelblit after Jerusalem District Police Commander Major General Yoram Halevy had taken the Hajaj family to watch the sealing of a house belonging to terrorist Fadi al-Kanbar. The terrorist, a resident of Jabel Mukaber, drove his car into the late Shir Hajaj and three other soldiers at the Armon Hanatziv promenade in early 2017, killing all four.


After the demolition, the police chief later sent out a press release and posted a video of the family watching the action.

The AG has forbidden bringing grieving family members to demolitions, and instructed the police legal counsel on the matter, because such an event constitutes punishment, in which the victims’ family are a party to the legal proceedings, while Israel officially demolishes homes strictly as a deterrence.

The AG has apparently chosen to ignore the closure and comfort afforded the families when they witness the destruction of a murderer’s home. In the case in question, after viewing the sealing of the house, Herzl Hajaj, Shir’s father, hugged Commandeer Halevy and thanked him for accepting his request to accompany him. Meirav Hajaj, Shir’s mother, said that watching the sealing process might give her some relief. 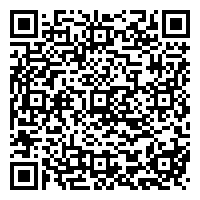