In two weeks, Israel is going to its third election in less than a year, and so far the dominating mood across Israel’s populace is boredom mixed with numbness. The common perception is that Israel has reached an inescapable stalemate between the rightwing parties and the leftwing plus Arabs. Voter participation is expected to be historically low, and no one seems to care.

Except for Bibi Netanyahu, the one Israeli politician whose life is literally on the line in this perpetual contest. Netanyahu, who faces a three-indictment trial immediately following the March 2 election, has two conflicting missions:

1. He must get his Likud party to win more seats than his archrival Benny Gantz, chairman of the Blue&White party, so that President Rivlin would be compelled to assign him, Netanyahu, the task of cobbling the next coalition government – so Bibi must siphon as many votes as he can from his rightwing partner, Naftali Bennett’s Yamina;

2. But since all the polls show Blue&White finishing ahead of Likud, Bibi’s other mission is to make sure the rightwing bloc, including Yamina, is big enough to deny Blue&White a path to a 61-seat coalition.

So Bibi is on fire, roaming the countryside, soliciting the very people he had avoided in the two previous campaigns, which he ran mostly via Facebook – and at the same time, Bibi is also making sure his rightwing future partner does not lose votes needlessly to its own rightwing rival, Itamar Ben-Gvir, chairman of Otzma Yehudit which every single poll predicts would collect the equivalence of two seats which will be dumped and lost because it would fail to pass the 3.25% vote threshold.

On Monday, Ben-Gvir told Reshet Bet radio that he rejected all of Likud’s offers that were designed to persuade him to retire from the race, so that Yamina, by default, collect his votes to finish the race with 9 Knesset seats.

Among other things, Ben-Gvir was offered a written pledge by the rightwing party leaders to lower the threshold before the next elections, so his two seats be enough for Otzma Yehudit to make it. Netanyahu also promised to announce new construction in Givat HaMatos near Talpiot and Gilo in Jerusalem (its population is mostly Ethiopians and Russians, living in caravans); and in Atarot, north of Jerusalem, along the highway to Ramallah.

But Ben-Gvir, as we already said, rejected all these loving offers, arguing that unless his party enters the next Knesset, Netanyahu won’t have the required 61 seats and won’t be able to fulfill those promises, even if he meant them (Netanyahu’s promises are notoriously more about their entertainment value than about reality – ask Moshe Feiglin who has been promised the Treasury in exchange for dropping out of the last elections).

Meanwhile, in the coming days, the Yamina party will be sending out a warning that in the end, the political apparatus in Israel and the United States is aimed at forging a unity government of Blue&White and Likud, with the goal of embracing the “deal of the century,” including a Palestinian State. Should the voters who care the most about preventing a future Palestinian State not vote Yamina, Ganzt and Netanyahu would leave the anti-Palestinian party out in the cold and do President Trump’s bidding.

Bennett et al claim that the Blue&White chairman did not travel to the US to be at the presentation of the deal with Netanyahu just for the nice optics, but that the Trump administration has had enough of the Israeli stalemate and will insist that should Netanyahu fail for a third time to get 61 seats, he must join Gantz’s unity government, in which case the deal of the century would take on a clearly leftward direction.

Gantz has been adamant about his party’s ability to get the desired 61-seat majority without Arab support, but no one takes him seriously, most notably the Arabs. The math is not there. Yamina is arguing (in an indirect manner, without actually attacking Netanyahu) that, when push comes to shove and Yamina does not emerge with 9 or 10 seats, Likud would find a way to join a Blue&White coalition government—with our without Bibi, and the last partner the Likud would want in such a coalition would be Yamina. 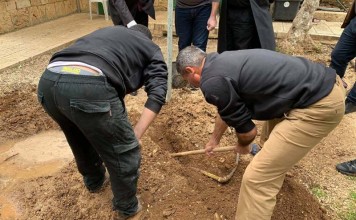 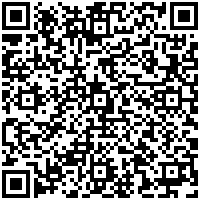