Prime Minister Benjamin Netanyahu on Sunday evening addressed the opening session of the 46th Annual Leadership Mission of the Conference of Presidents of Major American Jewish Organizations, held at the Inbal hotel in Jerusalem.

Earlier on Sunday, speaking at a press conference Chairman Arthur Stark, together with Executive Vice Chairman Malcolm Hoenlein, CEO William Daroff spoke about the importance of their delegation to Saudi Arabia, and of the organization’s ongoing work to ensure the security and representation of the Jewish community in the United States on a range of important issues.

While the details of the meetings remained a matter of closed discussion, on the issue of their historic visit to Saudi Arabia last week, Conference of Presidents Chairman, Arthur Stark, noted that the group had held an “Open dialogue with high level officials” and added that, “We hope and believe this is a step in a long and productive relationship.” Mr. Stark noted that the concerns of both parties were raised, and that the group had been well received.

He added that the visit came on the back the group’s meetings with the Prime Ministers of Israel, Greece, and Cyprus where they discussed the importance of the strengthening regional cooperation.

Prime Minister Netanyahu thanked the Jewish community leaders for their consistent and uncompromising support for the State of Israel — support that he noted “was both in heart and soul”. The Prime Minister gave an overview of Israel’s deepening diplomatic ties across the region and Africa, and noted that Israel was today seeing trends of broadening ties that would have been considered impossible just a decade ago.

The Prime Minister was welcomed by the leaders of the 50 plus organizations represented by the Conference of Presidents, led by Chairman Arthur Stark, together with Executive Vice Chairman Malcolm Hoenlein, and CEO William Daroff.

Despite the ongoing political instability in Israel, and the wide range of opinions and views represented at the Conference of Presidents, the organization stands out as the main forum uniting all streams and world views of Jewish organizations in support of Israel, despite a range of opinions.

The leaders went on to stress the importance of maintaining the continued bipartisan support for Israel in the United States. They noted that despite media reports and the focus on outspoken individuals in Congress, support for Israel remained relatively high in Washington and among American voters. They pointed to the success of several bipartisan legislative initiatives on matters concerning military aid to Israel and on the issue of combating anti-Semitism.

Executive Vice Chairman Malcolm Hoenlein stressed in particular the importance of global fight against the rising trend of anti-Semitism. He noted, “The issue we are dealing with globally is anti-Semitism, which has always been there of course – it ebbs and flows in how overt it is, but it’s become a wave that has risen up.” He added, “It is not just one type of anti-Semitism, it shows itself in many different ways.” He noted that the Conference of Presidents has been proactively addressing the challenge through several initiatives, and pointed to the creation of a hotline for Jewish students to help them report, and offer support following, anti-Semitic incidents.

CEO William Daroff, on his first Leadership Mission since taking up the position, concluded by giving an overview of the upcoming conference which included briefings from Israel’s President Rivlin, Prime Minister Netanyahu, Speaker of the Knesset Edelstien, Defense Minister Bennett, Jewish Agency Chairman Herzog, and a number of other senior military, security, and policy officials.

Following the press conference, the group conducted a visit to the Mobileye factory in Jerusalem. There the delegates representing more than 50 Jewish organizations from across the United States met with CEO Amnon Shashua, who told them about the award winning technology and how it helped save lives of pedestrians and drivers. 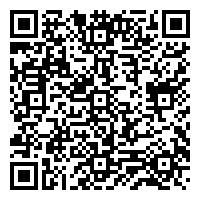