“There are no more chances of finding major gas reserves in Israel,” Yossi Langotsky, 84, the geologist who predicted the discovery of the vast natural gas deposits off Israel’s shore, told TheMarker on Tuesday. He was responding to government officials who boasted Israel could export as much gas as it wished, because it could always find more. One such official, senior researcher for the Institute for National Security Studies, Oded Eran, told TheMarker that Israel gains security from its major gas exports to Egypt, which beats the future economic costs to Israelis.

“The export deals with Egypt are shortsighted and irresponsible,” said Langotsky, stressing that “Israel has some 1 trillion cubic meters of gas,” no more. This should be enough for another 20 years, he stated, asking, “And what happens after that?” and answering: “We could seriously harm our energy future.”


But it doesn’t appear as if the veteran geologist has given up altogether on finding more natural gas in Israel’s waters. Back in April, Globes reported that Langotsky was hired as chief geologist and project manager by Gulliver Energy Ltd. and Shapir Civil and Marine Engineering Ltd., in a dig located in southern Israel.

The two companies told Globes that the prospects of the new venture “are good, because the name of the license is Aya – Tamar’s younger sister.)

The Tamar reservoir is named after Langotsky’s oldest granddaughter. 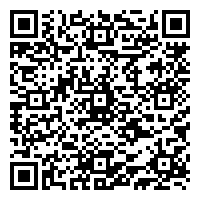