The Israel Innovation Authority Report 2017 warns that Israeli hi-tech, which is an unprecedented success story, has not spilled over into other areas of the economy, with alarming consequences. At the moment, according to the report, only 8.3% of salaried employees in Israel are in the hi-tech sector. Their average salary is more than double the national average. The report suggests that in order for the country’s most successful industry to pull the rest of the economy, as many as half-a-million people should find employment in the innovation industry within a decade – doubling the current number.

The IIA has charted the following course to achieve the above goal:


* Expanding the circles of influence of multinational companies – both in terms of employment opportunities and the range of technological fields in which they currently operate.

* Encouraging the growth of Israeli companies – from startups at the early stages of developing technology to companies with a complete value chain: design, manufacturing, marketing, sales, etc.

* Expanding spheres of employment in hi-tech, including integration of women, members of the Arab sector and Ultra-orthodox Jews in the workforce, along with veteran engineers above the age of 45. In addition, by diversifying the entry points to hi-tech employment by promoting initiatives such as coding boot-camps and others.

* Developing other innovative sectors apart from ICT (software, computing and communication) – with an emphasis on the life sciences.

* Promoting innovation in a wide range of industries, especially leveraging global trends in Industry 4.0.
All this in parallel with the preservation of Israel’s leadership position in R&D, and its unique entrepreneurial culture, especially in fields at the forefront of technology.

Israeli Minister of Economy and Industry, MK Eli Cohen:, said in a statement “The 2017 Innovation Report published by the Israel Innovation Authority encompasses a range of achievements and challenges faced by the Israel innovation industry and presents a roadmap for future development. We are providing incentives for more multinational companies to add manufacturing and export activity to their R&D; this will increase the number of people employed in technological branches in general, particularly in the periphery.”

Aharon Aharon, Director of the Israel Innovation Authority, said in a statement: “Today, Israel enjoys achievements on a global scale: first in the world in R&D investment and in venture capital investments as a percentage of GDP; 600 new startups per year, more than 300 multinational R&D centers – such as Intel, Google, IBM and Apple; second in the world in the Global Economic Forum’s Innovation Index.

“However, these achievements do not carry over to other branches of the economy: the percentage of employees in hi-tech lies at only 8% for over a decade now; the average [annual] salary in the hi-tech sector is $72,000, more than double the average national salary ($33,240). Manufacturing industries in Israel are not innovative enough and have trouble competing with the low costs in the East and the high production standards and innovation level of the West. If we do not act to leapfrog these industries forward – the gap between the hi-tech industry and traditional economy will only increase.

“In addition, the hi-tech industry itself is facing significant challenges. First, it suffers from a lack of engineers and programmers, which hinders its growth. The shortage of highly trained employees is partly the reason for the high salaries in this sector. Between 2005 and 2015, the average salary in the hi-tech sector increased by 38%, particularly significant given the shekel’s 13% hike in value against the U.S. Dollar over the past years. Second, the Israeli model of innovation is largely based on creating technological added value, mainly in startup companies and multinational R&D centers. The Israeli innovation ecosystem, however, is still in the first stages of developing efficient mechanisms for seizing the economic value emanating from the technological value created here. The result is that today, R&D activity in the Israeli economy, especially in multinational R&D centers and startups, is a basis for creating technological value in Israel, but the economic value is enjoyed outside Israel’s borders.”

How Should One React To Tragedy? 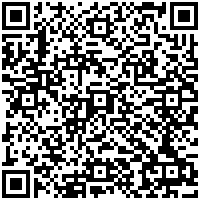