For the first time since the outbreak of the Corona pandemic, the rate of unemployed and unpaid workers in Israel has dropped to 10%.

In March, the number of unemployed was 384,000, which is 9.5% of the labor market. In February, for comparison, the unemployment rate was 14%. This is according to data from the Employment Service published Wednesday.


According to Israel’s Economic Safety Network Law, if the unemployment rate fell below 10% in March, unemployment benefits should be cut by 10% starting in mid-May. But Finance Minister Israel Katz (Likud) promised following the publication of the data in the first half of March (9.8%) that unemployment benefits would not be cut until June. However, because of the political stagnation and the curbs on the legislative powers of Benjamin Netanyahu’s caretaker government, the promised extension has not been addressed in the form of legislation.

In other words, with all of Minister Katz’s good intentions, the benefits cut may take place automatically.

According to the new data, the city of Nazareth has the highest rate of job seekers in Israel – 26.7%. It is followed by Umm al-Fahm with 26.5%.

Eilat, with the opening of the economy after the third lockdown, recorded the sharpest decline in its unemployment rate – down 26%. So the rate of job seekers in the city now stands at 21.3%.

According to the Employment Service data, 13 of the 15 cities with the highest rate of job seekers
are Arab, mixed, Haredi, or have a high proportion of Haredi or Arab residents.

The Finance Minister welcomed the new data and said that he continues to hold discussions regarding employment policy: “These days I continue to hold many discussions with senior finance officials in order to adjust and formulate employment policy following June, and the necessary steps, in view of the decline in unemployment figures below 10% and the positive trend that is emerging.”

“Everything, of course, will be done without harming those who are not yet able to return to their profession in light of the restrictions that remain in force,” Minister Katz said. 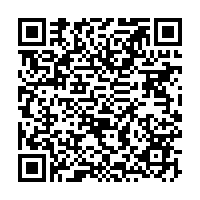