Twelve days are left for the Knesset’s dispersion and Israel appears to be running for third elections, but Likud negotiators, in a last-ditch effort to resolve the political crisis and prevent the elections, has offered Blue&White a unity government in which Benjamin Netanyahu would serve first as prime minister – but only for a few months, following which it would be Gantz all the way down, Kan 11 News reported Wednesday night.

It may not yield the desired government, but this Likud proposal has already yielded a different result: conflict within the Blue&White leadership. According to Kan 11, with number 2 in Blue&White, Yair Lapid, insisting that Gantz stop the talks altogether and cease all negotiations on a government that would include Netanyahu, Gantz appears to be biting – that’s how eager he is to avoid the elections.

An MK close to the Blue&White chairman told Kan 11 that “Gantz is frustrated by Lapid’s stubbornness.”

But the resistance inside Blue&White to sitting in a government with Netanyahu comes not only from Yair Lapid and Yesh Atid. Officials in the Telem faction, led by the number 3 co-chairman Moshe Ya’alon, said on Wednesday that they would not serve under Netanyahu, not even for a short time, because of the criminal indictments hanging against him. Nor would they agree to guarantee Netanyahu his immunity, should he not be first in a rotation unity government.

Knesset Speaker Yuli Edelstein, who met with Likud and Blue&White negotiators on Wednesday, said he’s looking for legal solutions that would make it difficult for the first PM in the rotation to topple the government before the end of its term. Edelstein hopes this would convince those resistant Blue&White leaders to agree to Netanyahu’s brief term.

Has he met Netanyahu?

Ya’alon tweeted after the meeting with Edelstein: “We made it clear that we are ready for a rotation, provided Benny Gantz goes first. We will not sit in a government headed by Netanyahu as long as he is not acquitted in court.”

Of course, Netanyahu may be legally prevented from serving in a future government in any capacity other that Prime Minister, because under Israeli law, a minister with criminal indictments against him or her must resign.

Speaker Edelstein issued a statement to the press Wednesday, saying: “This is indeed a true alarm. A moment of truth in Israel’s politics. Israel is in the midst of a government emergency that could lead to economic and social collapse.”

It is already causing damage, because AG Avichai Mandelblit is not permitting Netanyahu’s transition government to pass a new budget, and every government expenditure cannot alter last year’s budgetary boundaries. In every sector, thousands of Israelis are suffering, most notably in the health services. This government is legally prevented from dealing with new problems.

The biggest issue is the total distrust of the four Blue&White leaders in Netanyahu. They simply don’t believe that he would live up to his promise and vacate his office in a rotation unity government. In fact, as the Likud’s proposals get better – their suspicions are growing even worse.

The only way out of new elections seems to be a scenario in which a different Likud MK would be able to garner 61 signatures and seek to form a government. This option sounds delusional right now, but it is also the most likely to materialize, because Netanyahu deliberately avoids setting a date for the primaries to choose a new Likud chairman, precisely in order to prevent another candidate from the Likud to beat him and form a government within the 21-day window. But in this window period, one doesn’t have to be a faction leader to seek the support of 61 members.

By law, an MK who collects 61 support signatures receives an additional 14 days to form a coalition. Someone like Likud MK Gideon Sa’ar could collect Blue&White’s signatures with the promise of a rotation government in which he, Sa’ar, is the partner. He would then have Liberman’s support as well as several Likud members’. 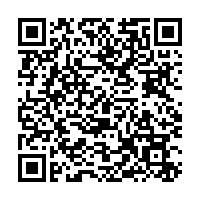