IDF, Border Police and Civil Administration forces on Wednesday night demolished the homes of the families of Ahmad Aref Asafreh and his brother Qassem, Naseer Saleh Asafreh and Yousef Said Zhour, who were part of the squad that carried out the stabbing attack near the settlement of Migdal Oz in Gush Etzion on August 8, 2019 in which Corporal Dvir Shurak was murdered. The terrorists were arrested on August 9, in an intelligence and operational collaboration of the Shin Bet, Israel Police and the IDF.

Early Wednesday night, Arab media reported that IDF soldiers had been positioned on the rooftops of several buildings in the village and others were blocking the roads leading to the village, in preparation for the demolition of the homes.


According to Ma’an, “fierce clashes erupted between the village youths and the Israeli occupation forces, during which soldiers fired tear gas canisters and live bullets at the young men and the homes, injuring a number of citizens who were suffocated by inhaling tear gas.”

Or, as the IDF spokesperson put it: “In the course of the operation, a violent breach ensued, involving dozens of Palestinians throwing stones and tires at IDF fighters. IDF forces responded by means of dispersing demonstrations.”

The Fatah terror group called for a strike in the village on Thursday in protest of the demolitions.

The demolitions were carried out after the High Court had rejected petitions filed by the terrorists’ families against the order.

Defense Minister Naftali Bennett responded to Wednesday night’s events, saying: “The homes of Dvir Sorek’s murderers were destroyed. Unfortunately, we cannot guarantee that there will be no more terror, but we must exact a heavy price from anyone who raises a hand against an Israeli citizen. Jewish blood is not worthless.”

Gush Etzion Regional Council head Shlomo Ne’eman issued a statement saying: “We commend the IDF soldiers and security forces who last night demolished the house of the terrorist who murdered Dvir Sorek HY”D. Directly targeting terrorists and their property is the minimum required in a war against terror. The just response should include punishing those who dispatch the terrorists and those who give them support, alongside continued construction and expansion of our communities in Judea and Samaria. That is the decisive response to terror which achieves deterrence against those evil individuals who try and harm us. The equation should be simple, whoever tries to destroy a house in Israel – Israel should destroy his/her house.” 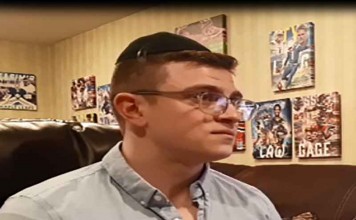