Prime Minister Benjamin Netanyahu spoke to his Cabinet ministers on Tuesday regarding the Ministry of Finance’s new version of the JNF appropriation Law, which is being presented to the Knesset Finance Committee. The updated version effectively nationalizes the JNF and its annual revenues of more than $500 million. The new law subordinates the JNF to the Mandatory Tenders Law and states that 80% of its revenues each year will be transferred to the treasury (See: Habayit Hayehudi MK: Finance Minister Liquidating JNF in Election Stunt).

Back in August 2014, The Marker reported that the board of directors of JNF decided to become separated from the State of Israel, resulting in the agreement with the Israel Lands Authority, which manages JNF-owned lands, would be terminated. The decision was made against the background of growing public criticism of JNF’s reportedly corrupt conduct (in 2017, the Forward reported that JNF loaned its chief executive officer, Russell Robinson, and its chief financial officer, Mitchel Rosenzweig, some $500,000).

According to Article 17 of the Charter signed between the JNF and the State of Israel, every five years, each party may announce its desire to terminate it and disengage from the other side. The next “departure point” will be in January 2020. The JNF board of directors’ announcement reflected its opposition to Israel’s Land Authority’s policy that does not conform to the goals of the Jewish National Fund. The board rejected “attempts to nationalize JNF and turn it into a government tool that serves the concept of a ‘state for all its citizens’ (including Arabs) cross a red line, are illegal, harm the interests of the Zionist movement and are contrary to the principles on which the JNF was founded.” 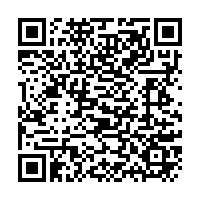