Tourism Minister Yariv Levin welcomed the couple in the arrivals hall in a festive ceremony at Ben Gurion airport, complete with a red carpet, balloons and flowers, and presented Ioana with a certificate to mark the occasion. Levin and Tourism Ministry Director-General Amir Halevi accompanied the excited couple to their awaiting limousine, as they set off for a dream holiday experience.


“This is a special day and an historic milestone as we break the 3-million-tourist barrier and set a new all-time record,” Minister Levin said.

“We are set to end the year with an amazing achievement, the likes of which have never been reached since the establishment of the State,” Levin went on. “I am excited to welcome the 3 millionth tourist today and I am happy with the achievements that we at the Tourism Ministry are seeing, as a result of the huge investment we are making in marketing Israel around the world and our exceptional collaborations with airlines and the connections that we maintain and strengthen with tour operators.”

“All these are bearing fruit and have added about $4.85 billion and thousands of jobs to the local economy,” Levin boasted.

Ioana and Mihai will enjoy an upgrade to a pampering hotel suite, a ride in a limousine, a helicopter tour in the skies of Israel, a unique Dead Sea experience, a sunset tour of the Tel Aviv promenade, and a private dinner prepared by Israeli chef Nir Tzuk in his home.

In the period of January – October 2017, 63,000 tourists arrived from Romania, compared with 40,100 in the same period in 2016, and 37,400 in 2015. The Romanian tourist stays an average of 7 nights in Israel. At the height of the season, there are 64 weekly flights between Romania and Israel, with most of them on the Bucharest–Tel Aviv route. There are also 15 weekly flights from Timisoara, Oradea, Craiova, Iasi and Cluj to Ben Gurion airport, with a new route from Bucharest to Ovdah Airport, 37 miles north of Eilat, beginning this month.

The Tourism Ministry offers incentives to airlines opening new routes into Ben Gurion airport from destinations that have no direct flights to Israel. In addition, the ministry encourages tourism into Eilat by offering the airlines a grant of 45 Euros per passenger landing in Ovdah during the winter.

Judaism Through The Lens Of Responsa 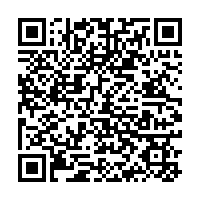