Speaking from the podium at Kfar Maccabiah in Ramat Gan, Netanyahu said that if he is elected, he promises to apply sovereignty to the Jordan Valley and the northern Dead Sea region, with a plan that will include all the Jewish communities on the Israeli side of the border, and will leave the Palestinian Authority city of Jericho on the other side, untouched.

“The annexation plan will annex the entire Jordan Valley along the whole border from Lake Kinneret to the Dead Sea,” he said. “It will exclude Jericho and its environs and doesn’t annex even one Palestinian.”

Here's the map of the territory of the Jordan Valley, in the West Bank, that Netanyahu vowed to annex if he wins next week's election (blue: will be annexed to Israel; orange: will remain under Palestinian control) pic.twitter.com/xMcsPeDLpt

Netanyahu also promised to annex all Israeli settlements after US President Donald Trump releases his Middle East peace plan, which he said may take place “within days” after the upcoming election on September 17. He called it an “historic opportunity” and asked voters to support him at the polls so that he will be able to negotiate with the president.

“We are a democratic country,” Netanyahu said. “I will not do anything without a clear mandate from the public. So I am asking for a clear mandate. I think we have a one-time opportunity to bring permanent, safe borders to Israel.

“This will ensure Judea and Samaria won’t turn into Gaza.” 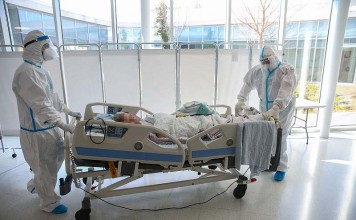 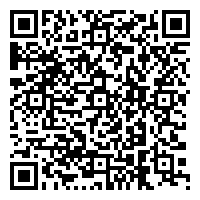