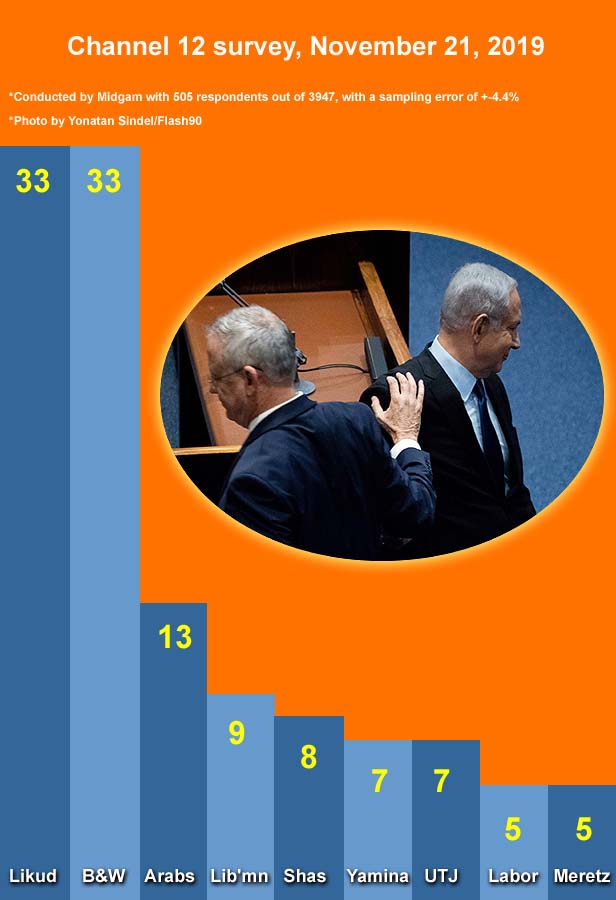 On Thursday, following Blue&White chairman Benny Gantz’s returning his mandate to form a government to President Reuven Rivlin, and just before Attorney General Avichai Mandelblit announced his decision to indict Prime Minister Benjamin Netanyahu on three criminal charges, a News 12 poll revealed that if the much abhorred third elections were held yesterday, the results would have been a draw between the Likud and Blue&White, with each party receiving 33 Knesset seats.

The Joint Arab List remains unchanged with 13 seats; Liberman increases by one mandate to 9; Shas drops to 8 seats; Ayelet Shaked’s Yamina, which no longer exists in its former format, receives 7 seats – no one knows how much New Right and Habayit Hayehudi get when they now run separately; United Torah Judaism retains its power with 7 mandates; and Labor-Gesher and the Democratic Camp (Meretz) receive 5 seats each.

Thursday’s survey was conducted by Midgam consulting and research institute headed by Mano Geva, and included 505 respondents out of 3947, with a sampling error of +-4.4%.

When asked who’s to blame for the failure to form a unity government, about half the respondents – 49% – replied that Netanyahu was to blame. 42% placed the blame on Avigdor Liberman, and only 25% pointed a finger at Gantz.

By the way, according to the survey’s staff, each of the respondents offered more than one answer to the above question.

Ask a Jewish survey respondent a question, you’ll get (at least) two answers.

This means that enough voters believe Netanyahu, despite the heavy criminal charges of bribery, fraud and breach of trust standing against him, should feel free to ask for their trust and support come next elections – and by the looks of this poll, he will receive it, amply. 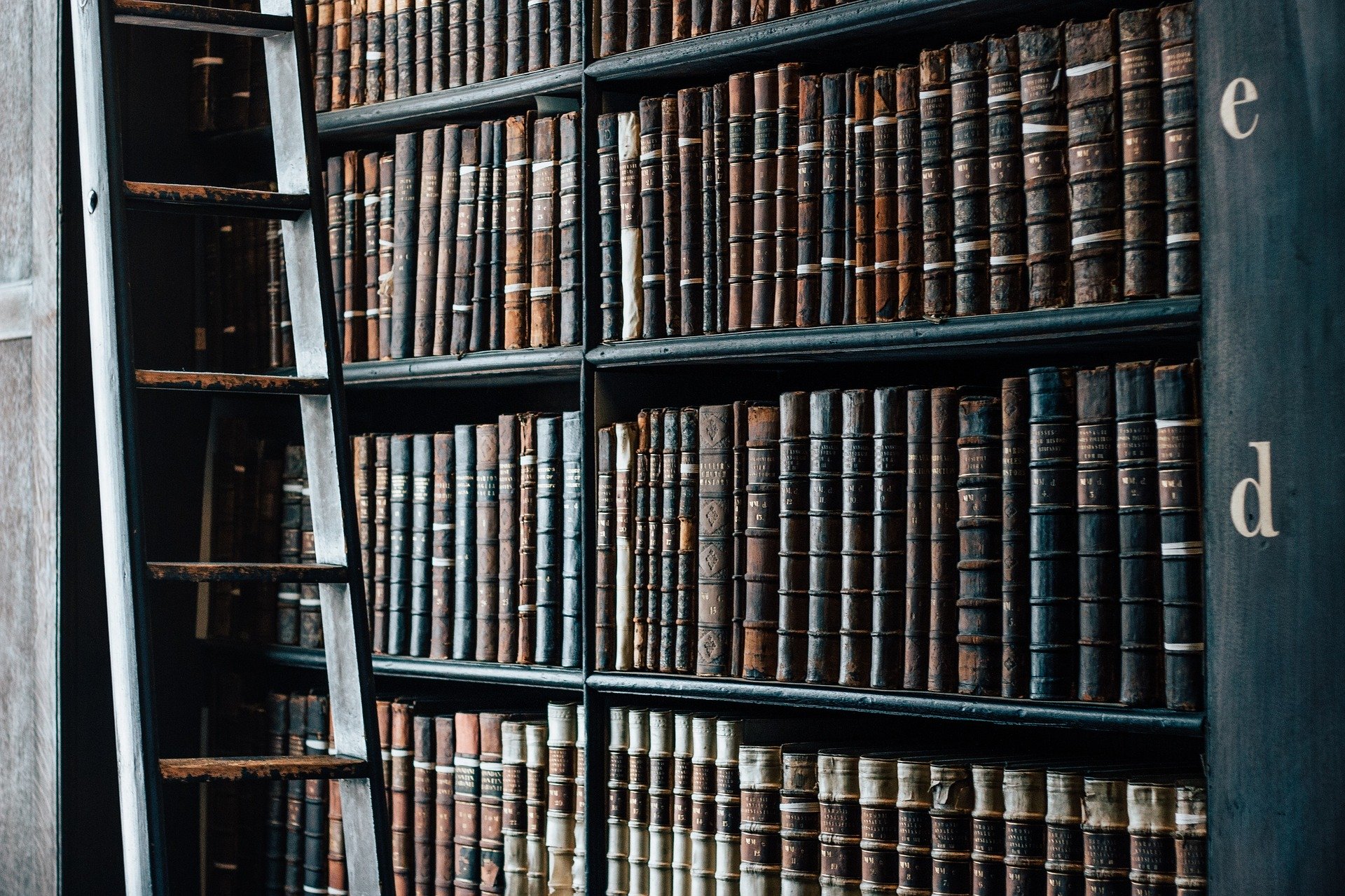 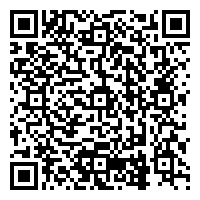