Israel police on Sunday announced there was sufficient evidence to indict Welfare Minister Haim Katz (Likud) on charges of corruption related to his 1993-2015 tenure as secretary and then head of the National Workers Union of Israel Aircraft Industries, Israel’s Channel 2 News reported..

The Police allege that the minister and other senior members of the workers union used company employees for their own benefit. Katz is also suspected of providing paid positions outside and within the IAI in return for favors from several members of the union.

The investigation included a number of case files, and many individuals were interrogated, some with a warning. Among those interrogated alongside Minister Katz were current IAI union head Ehud Nof, and senior member Eli Cohen, as well as IAI board member Amal Assa’ad.

The investigation was conducted by the national unit for combating economic crime in Police major crimes unit Lahav 433, in cooperation with the money laundering and terror financing prevention authority, and the economic department of the state attorney’s office.

The investigation targeted the accused individuals’ suspected involvement in giving and receiving bribes, fraud, breach of trust, extortion by threats, and other transgressions against integrity. According to police, the investigation’s findings and the evidence gathered indicate a systematic, planned pattern of action by some of the participants who acted to promote their personal benefit.

Katz is also suspected that he acted contrary to the instructions of the Attorney General when he promoted the appointment of a chairman of the IAI board of directors and intervened in the company’s internal affairs related to employee organizing.

According to Police, the minister took personal advantage of the resources and employees of the government-owned company, to the tune of thousands of shekels, despite being an elected public official.

Welfare Minister Haim Katz stated in response: “I did not expect any different from the police, because, clearly, they cannot admit that the enormous resources they have invested in this delusional investigation were in vain. Anyone with eyes in his head and knows what the investigation is about, understands that there is nothing to it and that there is no basis for these delusional claims. It is clear to me that there exists in the State Prosecutor’s Office and in the system enough common sense and logic, so that it will be decided not to prosecute me on this matter.” 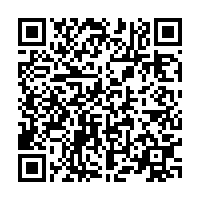