A key member of Prime Minister Benjamin Netanyahu’s defense team, Attorney Michah Fettman, on Wednesday morning resigned from the team, ten days ahead of the next hearing of the prime minister’s criminal cases at the Jerusalem District Court.


Fettman resigned from the team after the Permits Committee at the Prime Minister’s Office did not allow Netanyahu to receive a $10 million gift from his associate, American businessman Spencer Partridge, for the purpose of financing his legal defense.

Tamar Almog reported on Kan 11 News that Fettman’s resignation is one of Netanyahu’s maneuvers in trying to postpone the hearings in his trial. Almog notes that Fetttman did not have a permanent power of attorney on behalf of the Prime Minister for the upcoming court session, which will set the timetable for hearing the first batch out of hundreds of prosecution witnesses.

Regardless of the final outcome of his trial, the anticipated steady procession of witnesses against him – some of whom used to work for him at the highest levels of his staff – will surely make the daily above-the-fold headlines in all of Israel’s newspapers, with extra commentary on Friday’s editions. This is the very definition of bad press, and it could cost the PM some of his support, which is as good these days as it has been in two years.

Had Fettman had a permanent power of attorney, he would have had to seek permission from the court to resign – which most likely would not have been granted, now that the case is already on its way. Which is as good a proof as any that the resignation was a strategic move.

Sources close to the PM told Kan 11 Tuesday: “As far as Netanyahu is concerned, he would like to dismantle the government even before the start of hearing the prosecution’s testimonies in his trial. He would have done it already, if not for the coronavirus rampage. He believes he has a chance to get 63 seats (of a rightwing coalition, without Gantz and without Liberman – DI), and immediately pass a law in the Knesset that would delay his trial until the end of his service.”

While at it, Netanyahu’s complementary plan is to pass the Override, which would allow Israeli governments to bypass Supreme Court objections to new legislation by making said legislation temporary – with an option for renewal at the sunset point. This should be good enough to close down the court proceedings until the PM retires.

Which brings us back to the first hearing in the Netanyahu criminal case, on May 24, when attorney Fetttman asked the court for another two or three months to learn the entire scope of the investigative materials, saying: “In two-three months we could learn whether we would need to ask for an amendment in the indictment, and what our counter arguments should be.”

Then Fettman reassured the judges, “This is not an extension for the sake of merely stretching the time.” 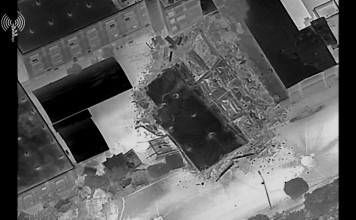 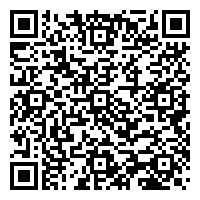