Blue&White Charian MK Benny Gantz is expected to make three pledges in an effort to siphon voters from Avigdor Liberman’s Israel Beiteinu: 1. A pledge not to form a government without settling the IDF enlistment law for Haredi recruits; 2. A pledge not to appoint United Torah Judaism Chairman Yaakov Litzman to run the country’s healthcare system; and 3. A pledge to overhaul Israel’s issues of state and religion, Channel 12 News reported Saturday night.

Obviously, these are the foundation issues of Liberman’s anti-Haredi campaign, and Gantz hinted in an interview on Kan 11’s Saturday night news that he had made arrangements with the Israel Beiteinu chairman for a future coalition partnership.

Liberman’s campaign responded: “Israel Beiteinu has no coordination or intent to coordinate with Blue&White.”

But Gantz may have another secret affair: rightwing columnist Nachman Shapiro mentioned in the last issue of the popular Shabbat freebie magazine Matzav HaRuach that at last Monday’s special Knesset debate on the situation in the Gaza-envelop communities, called by the Blue&White faction, Benny Gantz approached Yamina chairman and defense minister Naftali Bennett and shook his hand before Bennett went up to the podium to answer his inquiries.

Immediately afterwards, Gantz left the plenum in protest, followed by all the members of Blue&White. It was an odd juxtaposition of events, which Shapira believes was intended by the Blue&White MKs to provide cover for Bennett against allegations in his own rightwing camp that he plans to join a coalition government led by Gantz to prevent a fourth election campaign.

Similar rumors have already been circulated in the Israeli media about the Haredi parties, rumors which Shas chairman, Interior Minister Aryeh Deri, has vigorously denied.

Obviously, to keep Liberman, Bennett and the Haredim in the same coalition government, Gantz would have to show the kind of acrobatic skills we’ve seen from another senior Israeli politician with the first name Benjamin – so March 3, the day after the election, will certainly be Benjamin Gantz’s sink-or-swim opportunity.

But the possibility of forging a winning coalition stretching from Labor-Meretz to Yamina, absent Netanyahu’s Likud, would explain Gantz’s insistence during his tense Kan 11 interview Saturday night that he has no plans to negotiate with the Joint Arab List, never mind include this vehemently anti-Zionist faction in his government. Should Gantz be able to revive the old Labor-Independent Liberals-NRP-Haredim centrist coalition of the 1960s in Israel, he could win big, relegating Likud back to the opposition benches which were their familiar grazing grounds in those decades.

Liberman’s Israel Beiteinu—which may or may not be an essential component in Gantz’s dream coalition, were not taking the Blue&White leader’s hints lying down. “Gantz is lying unashamedly,” they said. “They are trying to cling to Israel Beiteinu. Our advice to Israeli citizens: the original is always better than the imitations.”

Tell that to Avis. 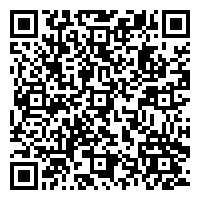