A new shul was inaugurated in Tel Aviv (known as the First Hebrew City), at the hallowed Rabin Square, right in front of City Hall: it’s been named Pahad Yitzhak (fear of Isaac), it’s outdoors, and it’s entirely temporary and dedicated to a response to a decree issued by Mayor Ron Huldai against setting up tefillin stands in a school zone – within 100 meters of a school, lest Jewish children be marred by an attempt to persuade them to put on tefillin (and say Shema Israel, Heaven forfend).


So, in retaliation, a protest minyan is being assembled in front of Huldai’s office, every morning starting last Friday (closed on Shabbat), with men putting on their phylacteries in a city hall zone.

The mayor posted on Facebook on Sunday morning that the rumors about a city prohibition against tefillin stands are fake news, pointing to countless such stands—including one belonging to Women of the Wall.

“We have only one reservation,” mayor Huldai noted, “And it has been around for many years: all those booths can stand in the public space – as long as they are located at least 100 meters from an educational institution. Why? To allow our children a space that is free from influences when entering and leaving school.”

Does he mean foreign influences?

The mayor noted: “Personally, I think it is most important that every boy and girl know their heritage, regardless of whether they are religious or not. And that includes knowing the prayers, holidays, rituals – and tefillin. But it has to go according to an organized plan – as we do in the city schools.”

In other words, religious sentiments must be properly regulated by authorized experts, during school time. Don’t you go having spiritual feelings on your own, young man (and woman), especially if this would involve an encounter with an Orthodox Jew. Are you going to serve your family a plate of bacon for breakfast with that arm? 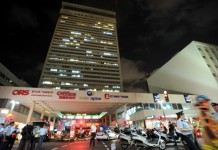 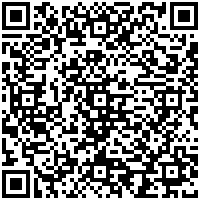