On Wednesday, the State Prosecutor’s Office signed a plea bargain with the wife of the Prime Minister, Sara Netanyahu, in what has come to be known as the residences affair. Netanyahu will return 45,000 shekels ($12,500) to the state coffers, pay a fine of 10,000 shekels ($2,500 and change) and be convicted, but not of the crime of deceit, as the Prosecution demanded.

The residences affair began in February 2015, when the State Comptroller’s report raised suspicions of criminal activity surrounding the employment of an electrician named Avi Fahima at the Prime Minister’s Residence, including on Yom Kippur and Shabbat.

A criminal investigation was launched in July 2015, focusing on the Netanyahu couple charging their private expenses to the state budget. Sara Netanyahu was initially charged with fraudulent reception of a value under severe circumstances, fraud, and breach of trust.

At the end of a mediation process, it was agreed that she would be convicted of accepting a value through the intentional misuse of the mistake of another person. The same plea deal was also reached with the former director-general of the prime minister’s office, Ezra Seidoff, who will pay a fine of 10,000 shekels ($2,500 and change) and will perform 120 hours of community service.

The plea bargain will be presented to the Jerusalem Magistrate’s Court on June 6, in the presence of the defendants.

The agreement on a plea deal more than six months of negotiations, with Attorney-General Avichai Mandelblit showing great reluctance to go to trial. Even before the indictments that were filed against her, Mandelblit proposed an arrangement whereby Sara Netanyahu would admit the charges, promise not to do it again, and return some of the money. But she rejected his offer.

In the mediation process, the State Attorney’s Office demanded that Netanyahu admit and be convicted of an offense that includes fraud. Her attorney, Yossi Cohen, demanded that the case be closed without a criminal conviction.

Sara and Benjamin Netanyahu’s wealth is estimated at 50 million shekels ($13,900,000). The amount to be paid by Sara Netanyahu constitutes less than 0.1% of their holdings. 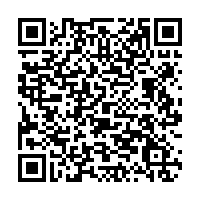