Israel’s Supreme Court on Tuesday ruled on a petition protesting the increasing numbers of Waqf agents on the Temple Mount – at the expense of Jews wishing to visit the site – that it is up to Israel’s government to realize through legislation the immortal announcement of then Paratroop Brigade Commander and later the IDF Chief of Staff, Motta Gur, “The Temple Mount is in our hands.”

The court ruled that as long as government has not legislated otherwise, control of the Temple Mount is in the hands of the State of Israel and Israel Police, and that the court presumes that the Waqf agents are well aware of the boundaries of their presence there.


The petition, submitted by the Professors for a Strong Israel forum and the Regavim movement, argued that the government must allow freedom of religion on the Temple Mount, in keeping with the Basic Law: Jerusalem Is the Capital of Israel, as well as the Protection of Holy Places Law.

Despite their waxing philosophical, the justices did rule clearly, for the first time, that the Protection of Holy Places Law includes the Temple Mount. The law indicates free access to holy sites, prohibits their desecration, and bans offenses to followers of all religions on the Temple Mount.

The Supreme Court also calls on government and police to act in accordance with the values of Jewish honor and dignity: “Police and elements in the Israeli administration must express Israeli interests of national honor and objection to haters from near or far.”

The court ruling cited the testimony of Police Commander Doron Turgeman, who said that the number of Jewish visitors on the Temple Mount has grown by 30% since September 2015, and Jewish holidays have been conducted without problems.

The court also ruled that “the Waqf has no authority over Jews who ascend to the mountaintop,” noting that Waqf guards who act inappropriately against Jews are removed from the area.

Also, the court noted that Police have no intention of permitting additional Waqf agents to enter the Temple Mount, despite reports to this effect in Jordanian media. In fact, according to Commander Turgeman, while the Jordanian Parliament has decided to increase the number of Waqf agents in the compound from 800 to 1,000, in reality only 270 agents are working at the site, with 50 more recruited in 2016. 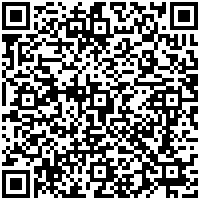