Spoon bender and overall Israeli good guy Uri Geller on Monday tweeted that he had met with then Conservative candidate for UK PM Boris Johnson’s team, and gave them a spoon which belonged to late Israeli PM Golda Meir.

“I energized this spoon with Positive Energy,” Geller revealed, “as part of my strategy with the mind power of the UK public to ensure that Jeremy Corbyn did NOT end up as prime minister!”

“This is no joke, this is real!” Geller continued. “My energy and the energy of the people of the UK, ensured Boris Johnson’s landslide victory, and kept Jeremy away from no. 10 !”

“If you don’t believe me,” he challenged his followers, “just Google “Uri Geller and the CIA.”

We did and came up with a story in the Telegraph from January 2017, headlined: How Uri Geller convinced the CIA he was a ‘psychic warrior.’

The Telegraph reported that “in an extraordinary series of declassified documents the agency revealed the results of a week of experiments it conducted on Geller over eight days in 1973, during which he was tested for ‘clairvoyant’ or ‘telepathic’ abilities. It was part of the ‘Stargate’ program which was aimed at weaponizing what the CIA called ‘remote viewing,’ and trying to recruit ‘psychic warriors.'”

So, right away one is confused by the reference to a “week of experiments” on Geller “over eight days.” Was that a time stretching thing?

Here’s another thing: while Uri Geller was being tested to become a CIA psychic weapon, Golda Meir, despite being armed with his energy spoon, failed to predict the most devastating war in Israel’s history. There’s no doubt in this reporter’s mind that had Geller been less eager to fight the enemies of democracy in America, and more available to guide Israel’s leaders, he would surely have warned about that dreadful war and saved thousands of casualties.

But, better late than never, Geller has been devoting his efforts to influence the good people of the UK in favor of Brexit, and that has to account for something. Or, as Geller concludes: “You will come to understand what I mean in time.” 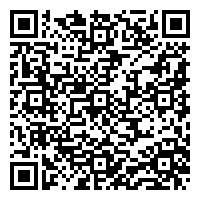