After twenty years in which the residents of Negohot—an Israeli settlement in the southern Hebron Hills—have been forced to live without a municipal building plan, and at the end of a process of about a year since the government made its promise in this matter, on Wednesday morning the residents of Mount Hebron, especially those residing in Negohot, were informed that their settlement has a bona fide city building plan.

Finally, they are “legal.”

Yochai Damari, head of the Mount Hebron Regional Council, issued a joyous statement, saying, “Mount Hebron is developing and growing, and this morning the planning committee approved two hundred and fifty new housing units in the Mount Hebron area! Today, twenty years since the civilian settlement was established at an important strategic point, we are advancing one more step towards normalization and equal rights for the citizens of Judea and Samaria.”

For the record, in Wednesday morning’s session of the Supreme Planning Committee of the Civil Administration in Judea and Samaria, the Negohot building plan was approved regarding 45 homes already in existence and an additional construction of 57 new homes starting in a few weeks.

The original plan for Negohot, passed back in 1981 by the Begin government, called for 250 housing units.

In addition, the committee on Wednesday morning approved the construction of additional neighborhoods in Mt. Hebron: 135 housing units in Tene Omarim; 42 units in Carmel; and 24 units in Ma’aleh Haver.

“In recent years, we have been working, with the help of government ministers, to build and develop the communities of Mt. Hebron as a strong and established settlement bloc that maintains thousands of acres of state-owned land and constitutes a security buffer that protects southern Israel,” Damari stated. 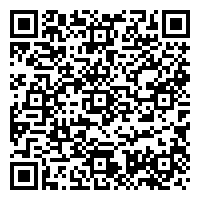