A meeting between representatives from the US, Russia and Jordan will take place soon in Amman, to discuss the situation in the de-escalation zones in Syria, Russian Deputy Foreign Minister Mikhail Bogdanov told reporters on Wednesday, according to TASS. The announced meeting is the latest proof of Russia’s decision to embrace the new realities in the Syrian theater and to dump its strategic partnership with Iran and Turkey.

Back in the summer of 2017, Israeli and other media poked fun at Prime Minister Netanyahu for having become irrelevant in the Syrian conflict, as the “relevant” regional powers—Russia, Iran, and Turkey—met in Kazakhstan to hammer out a proposal that would end the civil war in Syria by, essentially, divvying it up among them. The plan, designed with no Israeli input, called for creating four so-called de-escalation zones under the control of Russia, Turkey and Iran.

One of those zones was supposed to be handed over to Iran, which was planning to rule over the rebel-controlled south, along the Syrian border with Israel and Jordan. It meant that Israel would have been forced to accept the Iranian army with its terrorist proxies some three miles from its Golan Heights border.

In the year or so since that low point in Israel’s influence over things up in Syria, the IDF has hit Iran’s assets repeatedly, killing many of its expedition forces and establishing an insurmountable military dominance over the Islamic Republic’s forces, forcing them to realize the enormous technological gap between themselves and the Jewish State’s military.

Also, as the NY Times revealed last week based on Pentagon documents, back in Feb. 7, in a small outpost next to a Conoco gas plant, near the city of Deir al-Zourwere, in one of the single bloodiest battles the American military has faced in Syria, 200 to 300 of the attacking fighters— including Russian mercenaries—were killed, and none of the team of about 30 Delta Force soldiers and Rangers and Kurdish and Arab forces were harmed.

Russia has realized that it is outgunned in Syria and would never be able to realize its ambition to rely on Turkey and Iran to extend its control over that country. Russian officials have already called for “all foreign forces” to leave Syrian territory, which technically includes the US and Turkey, but really means Iran.

Now Russia is invested in finding new means of holding on to its base in Syria, because it has no intention of ever leaving. What Moscow appears to be doing is switch its bet to different horses.

According to TASS, the senior diplomat noted that the Jordanian side had initially suggested a ministerial level for the meeting. “Our minister was fully ready for this contact,” he said, adding that a response from the American side is currently expected.

And just like that, the conflict in Syria might come to a halt, with Turkey controlling the areas near its border, the Russians supporting the regime along the coast, the US and the Kurds controlling the eastern part of the country, and Israel maintaining a military no-man’s zone along its north-eastern border.

It’s a status quo that could last a hundred years. 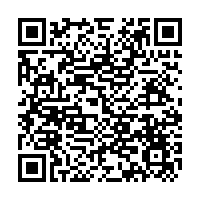