Ricardo Sáenz, the prosecutor at the Buenos Aires Criminal Appeals Court, on Thursday insisted that the probe into the mysterious death last January of Alberto Nisman, the chief investigator of the 1994 car bombing of the Asociación Mutual Israelita Argentina (AMIA) in Buenos Aires, which killed 85, be handled by federal judicial authorities. Sáenz confirmed that Nisman’s death was a homicide, the Buenos Aires Herald reported.

In a ruling presented to the Appeals Court, Sáenz supported the hypothesis of the plaintiffs in the case, Nisman’s daughters, his ex-wife Sandra Arroyo Salgado, and his mother and sister, arguing the case could no longer be handled by Judge Fabiana Palmaghini, who took over the probe from prosecutor Viviana Fein last December. He insisted the investigation required a federal magistrate.


“The procedural action in this case according to the evidence produced until now is the hypothesis that Alberto Nisman was the victim of a homicide,” the prosecutor said, and mentioned Diego Lagomarsino, the IT engineer who worked with Nisman at the AMIA special unit, and was the source of the .22 caliber Bersa gun that ended Nisman’s life.

Alberto Nisman was found dead in a pool of blood in his bathroom with a bullet in his head on January 18, 2015.

Nisman was appointed Special Prosecutor in charge of the AMIA bombing investigation on September 13, 2004. The probe into the 1994 terrorist attack against the AMIA had been marked by judicial misconduct, and was at an impasse. On October 25, 2006, Nisman formally accused the government of Iran of directing the AMIA bombing, and the Hezbollah militia of carrying it out. The theory was that Argentina had been targeted by Iran as punishment for its decision to suspend a nuclear technology sale to Tehran. In November 2007, Interpol published the names of six individuals officially accused for their role in the terrorist attack: Imad Fayez Moughnieh, Ali Fallahijan, Mohsen Rabbani, Ahmad Reza Asghari, Ahmad Vahidi and Mohsen Rezaee.

In 2008 Nisman asked to arrest former president Carlos Menem, along with Judge Juan José Galeano, who first presided over the AMIA case until his removal in 2004. WikiLeaks revealed that US diplomats considered that Nisman may have done it as a gesture to new President Cristina Fernández de Kirchner, since he was seeking the post of Argentina’s General Prosecutor.

In January 2015, Nisman accused President Kirchner, Foreign Minister Héctor Timerman and other politicians of covering up the roles of Iranian suspects in the case, in exchange for Iranian business. The charge was based on wire tap reports of meetings of Kirchner’s people with Mohsen Rabbani, a former cultural attaché at Iran’s embassy in Buenos Aires.

Nisman’s body was discovered on the day he was supposed to appear before a parliamentary committee to present his case against the president (who has since lost her post). 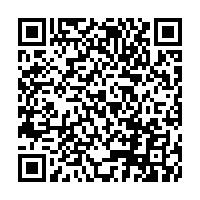