Researchers in  Connecticut have unearthed in a old farming community a 19th century mikveh that has totally changed view of Jewish history in the United States.

In addition to the rarity of finding a mikveh in the United States dating back approximately 120  years, the University of Connecticut researchers were astonished to see that the mikveh was more similar those in ancient Israel rather than in America.


“The stone and wood-lined structure from Old Chesterfield may be the only mikveh excavated outside a major North American city and may be the only example of its kind at one of the settlements created by a wealthy philanthropist who in the 1890s established farming communities for Jewish immigrants in New Jersey and Connecticut,” according to the university’s UCONN website.

Approximately 500 people lived in the old rural eastern Connecticut community. Historians have generally assumed that Jewish immigrants shunned tradition as part of their assimilation into the American “melting pot.”

Many immigrants clung to Jewish laws, such as kosher slaughtering, but the observance of ritual bathing was far from common, especially in a rural community.

“The image many people have of those who belonged to the earliest agricultural communities is that they were largely socialists, and that they weren’t particularly religious,” said Prof. Stuart Miller, Academic Director of the Center for Judaic Studies and Contemporary Jewish Life at the university and an expert on ritual baths in ancient Israel. “This is going to enable us to write a chapter of Jewish history which to my knowledge hasn’t been written, one that will deal with the spiritual life of these communities.”

“This mikveh is very exciting because there’s really nothing else like it in the United States,” Miller said. “It’s intact, it’s magnificent, and from a religious law point of view, it’s a marvel.”

It was a routine message from  State Archaeologist Nicholas Bellantoni that brought Miller to the site, where he later realized that mikveh was located there.

Miller was raised in New Jersey but spent several years researching ancient mikvehs in Israel. Colleagues mentioned Miller’s name to Bellantoni, who called him to ask if he would look at an old ritual slaughterhouse that had been found.

“I’ll be honest. I wasn’t really expecting anything,” Miller said. “I was thinking, ‘I write about and work at sites that are 2,000 years old. What am I going to find in Chesterfield?’”

When miller arrived. he noticed the high walls of the slaughtering house and was told that a mikveh might be located at the site, despite rabbis at the time who were bewailing the disappearance of traditional Judaism.

Previous discoveries of mikvehs, one of them dating back to the 1840s in Baltimore, didn’t prepare Miller for what he found in Connecticut because the rural mikveh was made of stone with concrete floors, unlike those found in Baltimore and elsewhere.

“I know what a mikveh is,” Miller said. “And this doesn’t look anything like a modern mikveh. What I’m expecting is a tiled pool. And suddenly I’m seeing concrete. I’m standing there staring at this and thinking, ‘Where am I? Am I in Sepphoris [an archaeological site in Israel]? Is this really Chesterfield, Connecticut?”

Miller knowledge of mikvehs, both in the United States and in Israel., led him to work with his team to excavate a pipe that provided water from a nearby slope.

“They theorize that the settlers fulfilled the religious command to use only water from the heavens or the earth by connecting the mikveh to a brook or pond about 200 yards away and relying on gravity to draw the water into the ritual bath.,” the university website reported.

Further research in archives allowed the researches to get a clearer picture of Jewish life in the farming community 120 years ago. One letter, written in Yiddish around 1915, lamented the demise of a creamery that was going bankrupt.

One surprise concerning Jewish law was that the Connecticut mikveh’s stairs were made of wood, which also lined the walls and in apparent contradiction to laws in the Talmud that forbid the use of wood in building a mikveh. Further research revealed that many Eastern European communities interpreted the law differently.

The researchers plan further excavations to uncover the remains of the old synagogue in Chesterfield, which was partially destroyed by arson in 1972 and completely destroyed eight years later. 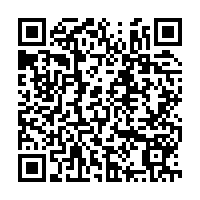