A group of 350 rabbis is calling on all the parties to submit pledges to resist returning any part of Eretz Israel.

An announcement currently being distributed by 350 Israeli rabbis, calling on all parties to commit to never giving up any portion of Eretz Israel could be influencing the future of Benjamin Netanyahu’s coalition maneuvers, should he end up, as predicted, at the role of Israel’s next prime minister.


Members of the Rabbinical Congress “Pikuach Nefesh” (a principle in Jewish law that the preservation of human life overrides almost all other considerations) have called on all the political parties taking part in the January 22 elections to sign a clear statement in which they pledge to oppose in the Knesset and in government any proposal that includes withdrawal from the territories of Eretz Israel, and to refuse to sit in the government and the coalition should they be leading such moves.

In recent weeks, the rabbis have sent the text of these pledges to every party leader, asking for their signatures.

Pikuach Nefesh has announced that next week they plan to publish huge ads with a psak (rabbinic decision) signed by hundreds of rabbis, and a list of the parties who signed the pledge, with a declaration that, by law, Torah observant Jews may only vote for one of those.

Any party which will not sign this statement until Thursday, the 28th of Tevet (January 10), will not be included in the list for fear it might endanger the lives of Israeli Jews, as has happened in the past with the Oslo Accords and the Gush Katif disengagement.

The NRP, the historic precursor of Naftali Bennett’s Jewish Home, supported the Camp David accords which established the principle of giving away territory in exchange for peace.

In this context it is interesting to note that Rabbi Yaakov Yosef, eldest son of Rishon Lezion, Rabbi Ovadia Yosef, the spiritual mentor of Shas, has signed on to the call for anti-withdrawal party pledges, adding that the obligation to sign such a commitment applies especially to Torah observant political parties and individual MKs, based on the Shulchan Aruch, rabbinical Judaism’s essential legal text.

Rabbi Yosef cited the Shulchan Aruch as saying it is a serious danger to even discuss the possibility of withdrawal from any part of Eretz Israel.

“There is neither a point nor a reason to oppose the word of God, this is the law,” explained Rabbi Yosef. “Even a party that cares for the poor, for yeshivas, or for keeping the Sabbath – if there is reasonable suspicion that it would end up supporting withdrawal from parts of the Land of Israel – do not vote for them. Preservation of life overrides the entire Torah, plain and simple.”

The Rabbinic Congress chairman, Rabbi Yosef Gerlitzki, explained that the rabbis have no connection to any particular party. “We present to the people of Israel the halachic position only. The law requires us as rabbis do so. The law says about endangering lives, the principle of ‘the very asking is obscene’ – meaning that one must immediately prioritize saving lives over other concerns.”

Rabbi Gerlitzki added: “If there are five parties sign the pledge, we will announce that according to halacha one may choose among all these parties.”

“People who in the past gave their vote to parties that are considered ‘religious / Orthodox / right wing’ have become—against their will—collaborators in plots to give away Israeli territory, causing terrible danger to residents of Israel,” said Rabbi Avraham Levine, “The role of the rabbis is to prevent such obstacles in the future. We hope that as many parties as possible will give us their commitment to preserve the integrity of the Land of Israel.” 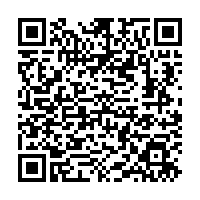