Hundreds took part on Tuesday in an unusual funeral in the village of Kfar Adumim, honoring hundreds of bones that had been extracted from a Second Temple era Jewish burial cave near Jericho, which had been desecrated by Arab grave robbers, Regavim reported.

The cave was discovered shortly before last Passover by the volunteers of the “Guarding our Eternity” initiative who were hiking near the Hasmonean palaces in the Jericho area. To their chagrin, they realized the cave had been exposed in the course of earthworks carried out by Arabs from the area using a tractor for illegal agricultural work.


The grottoes inside the cave were badly damaged and hundreds of broken human bones were rolling in the freshly upturned soil. Local Arabs told the volunteers that the ossuaries (coffins) inside had been plundered.

The cave complex is considered the largest Jewish cemetery of the Second Temple period. Hundreds of graves were found inside dozens of burial caves, with a few inscriptions of the names of the deceased.

Regavim approached the Civil Administration, and in recent days the staff of the Archaeology Staff Officer Unit and the Religious Affairs Officer have carried out an operation to collect the broken bones, which were brought to a new burial site today. The effort was assisted by the Ministry of Religious Affairs and the Binyamin Regional Council, which allocated plots in the cemetery of the village of Kfar Adumim. The funeral and burial were attended by hundreds of residents, rabbis, senior officials of the Civil Administration and public figures.

Meir Deutsch, CEO of Regavim, said in a statement: “This is a final act of grace not only for our forefathers, but also for our heritage and history, which are being trampled and destroyed by the Palestinian Authority in Jericho, as well as in thousands of other archeological sites in Judea and Samaria – the land of the Bible and the cradle of Jewish culture.

“Fortunately, the Civil Administration responded quickly to our appeal, and acted in a professional and speedy manner to give a proper, final honor to the memory of our forefathers. The State of Israel cannot accept this barbarity, and must provide a broad response to this matter,” he said. 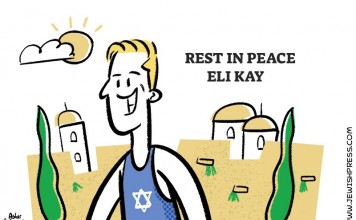 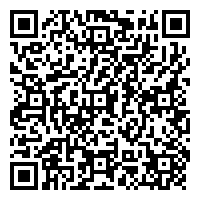