Four months ago, in the city of Afula in Jezreel Valley, the Israel Lands Authority announced it was making available for housing construction 27 lots in a neighborhood called Young Afula, the newest up and coming area in this city, which is known as the Capital of the Valley. In Israel, where the Lands Authority has been very chintzy with the lands it owns (upwards of 93% of the state), releasing 27 lots is a big deal. And for a young couple willing to purchase a home in a city that’s about one hour’s drive from Tel Aviv, Young Afula has offered gold: a two family home goes for 900,000 shekel (about $235,000), and even 750,000 shekel (about $195,000).

The housing units were offered to private buyers only, not developers or partnerships. 18 out of the lots were designated for 36 housing units in two-family homes, and 9 lots for single homes. The offer was attractive enough to draw 309 bids. Last November, when the bid envelopes were opened and the winners were declared, it turned out that all the 45 housing units on all the 27 lots were won by Arab bidders who live nearby. The Jewish bidders, mostly local residents, 142 altogether, were rejected. Later it turned out the Arabs’ bids were far higher than those made by the Jews — the latter believing they were bidding on discounted property in a new neighborhood. They were all snookered.


According to a report in Ma’ariv this weekend, some of the losers in the bids hired a lawyer and asked the Housing Authority to show them the paperwork on the bids, and were astonished to discover that every single one of the plots of land for the 36 housing units had one bid that by far beat all the rest, each one of these winning bids written to the identical amount of exactly 255,555 shekels ($66,636.90). In order to fulfill the terms of the offer, none of the identical bids were made by the same person — but each letter of guarantee was to the amount of exactly 35,000 Shekel ($9,125), in most cases a higher amount than had been required.

Every single one of the those letters of guarantee were issued on October 14, 2015, at the same branch of Mercantile Bank in Kafr Kanna, an Arab town north-east of Nazareth, some 13 miles from Afula. For some reason, none of the committee members who reviewed the bids noticed that the bids and the letters of guarantees were virtually identical (some last-minute bids, also by residents of the same Arab town, were made to slightly bigger amounts—200 and 300 shekel higher—to mask the identical figures).

The Lands Authority was not very eager to investigate the possible fraud, and only reluctantly assembled six out of the 36 winning bidders to be questioned. But the questioning, according to Ma’ariv, was mostly met with silence. Muhammad Mokary, a major developer who happens to live in Kafr Kanna, was not invited to the hearing because he was not one of the bidders. But some of the winning bidders conceded that Mokary “advised” them on the amount they should bid in order to win.

The Lands authority insists that it would not prevent non-Jewish Israelis from bidding on lots in Jewish cities, based on democratic principles. But, according to Ma’ariv, the same Authority has released hundreds of lots in Arab communities that are intended for Arab bidders only. 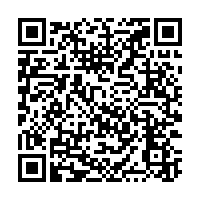