Dani Dayan, a secular leader in Judea and Samaria, announced Sunday he is leaving the Likud party and is joining the Jewish Home party where he will run for the Knesset.

Dayan, who is not a Knesset Member, is almost a shoe-in to win a “sure” spot on the list and the addition of another secular Knesset Member turns the screws tighter on Jewish Home Knesset Members Uri Ariel and Orit Struk, who are threatening to leave the party.

“He is a real fighter for the Land of Israel,” Bennett said, adding that bygones will be bygones, referring to former differences between them. Looking forward to a new coalition next March with the Likud party, Bennett said the addition of Dayan will strengthen the next government as more nationalist, without the inclusion of Tzipi Livni, who shoved the “Peace Process” in the faces of Bennett and Prime Minister Binyamin Netanyahu even when Mahmoud Abbas was praising terrorists.

Dayan joins Ayelet Shaked as the two most prominent secular members of the Jewish Home party, highlighting Bennett’s strategy to open the nationalist camp to everyone and not follow the old-line National Religious Party ideology of keeping its doors closed to secular Jews.

Knesset Member Orit Struk, who is part of Housing Minister Uri Ariel’s Tekuma faction that joined the Jews Home in the last elections, said that Dayan’s appearance on the scene is further evidence that Bennett does not want Tekuma in the party.

“They are turning the Jewish Home into a second-rate Likud,” Struk told Israel radio Sunday.

She accused Bennett of spreading lies about the Tekuma faction concerning its ties with rabbis, exactly the image that plagued the old National Religious Party and which Bennett wants to erase from the memory of the voters.

Bennett has rejected Ariel’s to reserve top spots for his Tekuma faction on the list of candidates.

Ariel and Struk are throwbacks to the hard-line attitude that a “true” nationalist has to be religious, that yeshivas and Judea and Samaria are all that are important to the country,  and that a non-religious nationalist party will turn into a watered-down Likud.

She said Tekuma has several options, including running as a separate party  or joining party expected to be established by Eli Yishai, who appears to be hours or days away from splitting off from the Shas Sephardi Haredi party.

Ariel and Struk’s ideology is scantly what has handicapped national religious factions in the past. Hey trust their rabbis, whose mixture in politics almost always is catastrophic, and don’t trust secular Jews.

There is one unmentioned element t as large as their ideology and which may put the brakes  on Ariel and Struk. It is called “money.”

The Tekuma faction, like any other faction, mist take with it 25 percent of the current party’s Knesset Members in order to carry a wad of money from Jewish Home’s treasure chest, money that will be needed for Tekuma’s own election campaign.

Tekuma faction MK Rabbi Eli Ben-Dahan already has decided he will run with the Jewish Home party rather than take a chance of losing a Knesset seat by running with Ariel on a separate party list that might not even win the minimum number of votes needed to enter the legislature.

That leaves Yoni Chetboun as Ariel and Struk’s only possibility, unless they want to go on their own without a suitcase of a few million shekels that Bennett would be happy to keep for himself. 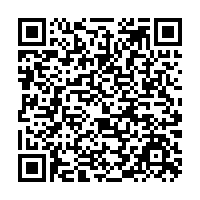