More than 60 percent of Israeli voters think Prime Minister Binyamin Netanyahu will return to office, according to a poll published Saturday by Channel 10.

The results are totally opposite the impression promoted by foreign and local anti-Netanyahu media the past week that his popularity has dropped to as low as 23 percent.


Netanyahu was very popular during the Protective Edge war against Hamas last summer. Once it was over and Israelis went back to fighting each other instead of the enemy, his rating plummeted, which is par for the course.

It is not surprising the Prime Minister is not popular because he does not have panaceas for security and gimmicks for the economy, the top issues that worry Israeli voters even more than a soccer game.

When Labor party chairman Yitzchak Herzog and his new has-been partner Tzipi Livni speak of magic potions like the Peace Process and social justice unto the ears of the People of Israel, they become very popular, temporarily.

The poll by Channel 10, which last week announced that Netanyahu’s popularity rating was only 23 percent, showed that 62 percent of Israelis think Netanyahu will return as Prime Minister after the elections in March,

More astounding, no one else came nearly as close. Number two, so to speak, was Herzog, whom only 15 percent thought will lead the next coalition.

Herzog and Livni simply do not have Netanyahu’s success and ability to communicate.

The center-left, buoyed by the media, can fool themselves into thinking they will dump Netanyahu, but the Channel 10 poll shows the voters prefer someone they do not like and  on whom they can depend rather someone who they like but is acting out the part. 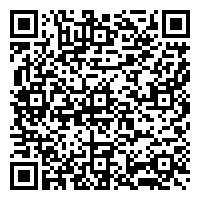