In what was described as a “purely emotional” appeal that did not reveal the necessary specificity to assuage lawmakers’ concerns about a deceptive Iran on the brink of acquiring the ability to produce nuclear weapons, U.S. Secretary of State John Kerry met with members of the U.S. Senate banking committee on Wednesday afternoon, Nov. 13.

Kerry remained adamant that if congress ups the sanctions, it will push away Iranians from the negotiating table.  And many members of congress seemed to be just as adamant that de-fanging sanctions at this stage of negotiations, when the Iranians remain unwilling to make major concessions, will mean any deal will be at great cost to the west and have little substantive effect on Iran’s nuclear abilities.


“Our hope is that no new sanctions would be put in place for the simple reason that, if they are, it could be viewed as bad faith by the people we are negotiating with,” Kerry said before entering a closed-door briefing with members of the Senate Banking, Housing and Urban Affairs Committee, according to CNN.

“It could destroy the ability to be able to get agreement,” he added, “and it could actually wind up setting us back in dialogue that’s taken 30 years to achieve.”

But after the meeting, the few congressmen who were willing to speak had harsh words both about the content of what was discussed, but also the atmospherics.

“It was fairly anti-Israeli,” Sen. Mark Kirk (R-IL) said to reporters after the briefing. “I was supposed to disbelieve everything the Israelis had just told me, and I think the Israelis probably have a pretty good intelligence service.” He said the Israelis had told him that the “total changes proposed set back the program by 24 days.”

A Senate aide told BuzzFeed that during the meeting, “every time anybody would say anything about ‘what would the Israelis say,’ they’d get cut off and Kerry would say, ‘You have to ignore what they’re telling you, stop listening to the Israelis on this.’”

Republicans and Democrats alike have questioned the sagacity of removing sanctions at this point in the negotiations, rather than ratcheting them up now, and then dialing them back down if an acceptable deal is reached.

Kerry’s approach, which placed the onus in exactly the opposite direction, was that the U.S. and the rest of the global community could “dial back up” sanctions later, if no agreement is reached with the Iranians.

“If this doesn’t work, we reserve the right to dial back up the sanctions. I will be up here on the Hill asking for increased sanctions, and we always reserve the military option,” he said. “Let’s give them a few weeks, see if it works, and we have all of our options at our disposal.” 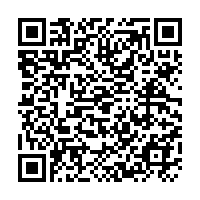