A senior source in Prime Minister Netanyahu’s circle estimates that the most recent French Israeli-Palestinian peace initiative will follow its predecessors and fade away, Makor Rishon reported Friday. Jerusalem expects President François Hollande not to support the initiatives being driven by his foreign minister, Laurent Fabius, who wants to gather an international conference to launch yet another round of negotiations between the two sides. Deeply invested in his plan, Fabius was quick to threaten that should his conference fail, France would recognize a Palestinian state.

That part did not go over well in Jerusalem, and Netanyahu noted—not without reason—that under these conditions, the Palestinians have no incentive to negotiate in good faith, when their reward for failed talks is the prize of French recognition.


The Israeli official suggested France is failing to understand that the regional arena has changed fundamentally and that France, like other European countries, should have no interest in taking a hard line against Israel. The source notes that in the past the Arab regimes related a high priority to the Palestinian issue, and Europe, which needed the Arab oil, used its support for the Palestinian as a means to stay on friendly terms with their Arab cousins. But nowadays, with the Arab League choking, Arab asylum seekers flooding Europe, and oil dependence no longer an issue, the Palestinian issue has dropped to the bottom of the Arab priorities. Which is why Jerusalem believes France is stuck somewhere in the early 1990s regarding the Middle East.

Foreign Ministry Director General Dr. Dore Gold has been supporting an Israeli policy regarding the Judea and Samaria settlements that would openly embrace their legality, never mind what the international community thinks about it. This is why Deputy Foreign Minister Tzipi Hotoveli (Likud) initiated a move to publish on the websites of Israel’s embassies around the world a document clarifying the legal foundation of Jewish settlement in Judea and Samaria.

The legal document claims that “the Jewish right to settle in the area is identical in every way to the right of the local population to live there. Israel has valid property claims regarding the area.” 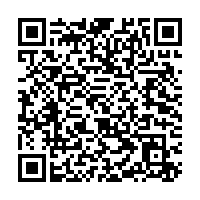