Back in December, The Jewish Press ran a story about Mohammad Hammad, the San Francisco State University student and president of SFSU’s General Union of Palestine Students.

Hammad had posted a picture and a message on the social media site Tumblr, which shows Hammad with a knife, beneath which is the caption, “I seriously can not get over how much I love this blade. It is the sharpest thing I own and cuts through everything like butter and just holding it makes me want to stab an Israeli soldier.”


The California-based AMCHA Initiative, which brought Hammad’s original threats to the public’s attention, released another statement today. This statement links to many more violent and threatening statements by Hammad which he made after the one that was the original focus of the group’s concern. The AMCHA Initiative is dedicated to documenting, exposing and eradicating anti-Semitism on American campuses.

In its Feb. 18 statement, AMCHA said that although its documentation of Hammad’s violent postings had been submitted to SFSU president Leslie Wong in mid-January, there had been no response.

Because Wong had not responded to AMCHA’s documentations, and due to serious concern about the health and safety of SFSU students, earlier on the day it released its statement, AMCHA alerted San Francisco Police Chief Greg Suhr, and the San Francisco District Attorney, George Gascòn, about Hammad’s violent predilection. They also provided copies of the many threatening and hostile public statements issued by Hammad.

The lurid messages continued right through November 22, when the student posted a public message in which he wrote:

You know what?
Israelis ARE colonizers, there is literally no way around it
And you know what else?
My heroes have always killed colonizers
I literally see nothing wrong with this
and my only regret is that not all colonizers were killed
HMM

In Hammad’s other violence-glorifying posts, he targeted not only members of the IDF and all Israelis, but anyone who is pro-Israel, as well as American soldiers. He also posted several more general paeans to murder, decapitation and depraved violence.

Something that AMCHA found particularly troubling was that Hammad revealed his excitement about being made the president of SFSU’s General Union of Palestine Students (GUPS), because then, he wrote, he hopes “to radicalize half of our population and bring them back with me as fighters.”

Although Robert Nava, SFSU’s vice president for university development, initially told The Jewish Press by telephone that SFSU was engaged in the process of discipline with respect to Hammad, he later called back to provide a far more definitive statement.

Nava said that the student we had been discussing – Mohammad Hammad –  “is no longer a student on campus.” Hammad no longer is in student housing and he is no longer enrolled at SFSU.

When Tammi Benjamin-Rossman, co-founder of AMCHA, was told that SFSU officially stated that Hammad was gone from the SFSU campus, she expressed both relief and continued concern.

“The GUPS students knew who Hammad was, what kinds of things he said and has done, and yet they selected him as their representative,” said Rossman-Benjamin. “SFSU cannot just breathe a sigh of relief and end its diligence with the dismissal of Hammad.”

“What steps is SFSU taking to protect students who remain in harms way?” Rosmman-Benjamin wanted to know. “Their continued silence suggests they have done nothing more than get rid of one problem, without ensuring that it won’t be repeated.”

Officer Albie Esparza, the spokesperson for the San Francisco Chief of Police acknowledged that the office had received a packet of material earlier in the day and told The Jewish Press that the office was “looking into the matter.”  He said that an investigator had already contacted the person who provided the department with the information. 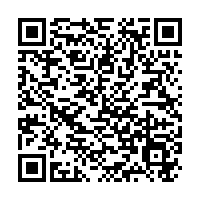