“Sexual harassment is not automatically binding to migration and immigration,” Swedish prime minister Stefan Löfven told CNBC at the World Economic Forum in Davos on Wednesday, explaining, “We have had sexual harassment in Sweden for many, many years, unfortunately.”

There are two reasons as to why the prime minister could make his bewildering statement without fear of being contradicted: Swedish law forbids registration based on people’s ancestry or religion; and the last time anyone ran a thorough study of rape rates in Sweden was 2005. So if you can’t refer to a rapist by his country of origin, and you don’t count which ethnic minority commits what percentage of the rape, you, too, would have to agree that there’s no proof it’s the Muslims doing the raping in Sweden.


So it’s down to anecdotal information — you see who gets picked up by police for rape in Sweden and it’s Muslims, and estimates which are not completely scientific. But as those go, the results are staggering. The website Muslim Statistics cites government data suggesting 77.6% of rapes in Sweden are committed by the 2% Muslim male segment of the population. These percentages do not include Muslims with Swedish citizenship, who are classified under “Swedish nationals.”

The anti-immigration Sweden Democrats Party claims that the high number of rape reports is at least partly due to the influx of Muslim immigrants. Two reports from the Swedish National Council for Crime Prevention (BRÅ) are relevant to the rate of rape among immigrants to Sweden and their descendants. The latest published report that indicates the association between immigrants and rape was published in 2005 and revealed that from 1997 to 2001 foreign-born individuals were 5.5 times more likely to be charged with rape than individuals born in Sweden to two Swedish parents and that foreign-born individuals from all regions, apart from East Asia, committed sexual assaults at rates up to 5.3 times greater than that of individuals born in Sweden to two Swedish parents.

The report does not break down the foreign-born category by country of origin despite the fact that countries of origin have been found to be highly predictive of crime rates in other Nordic countries, most notably Norway and Denmark. However, a 1996 report by the BRÅ did break down rate of rape convictions by country of origin, using data from 1985 to 1989 it found particularly high rates of rape convictions among certain immigrant groups. After controlling for age, sex and place of residence, the highest rates were for individuals born in North Africa (Algeria, Libya, Morocco and Tunisia), Italy, and Iraq who were convicted of rape at rates of 17.5, 16.5 and 12.5 times the native Swedish rate respectively. 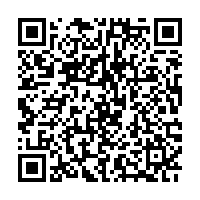