The United Arab Emirates capital of Abu Dhabi was under attack late Sunday night, with air defense systems engaging at least one ballistic missile in the skies above the city, the UAE Ministry of Defense (MOD) announced in a tweet.

Israel’s President Isaac Herzog and his wife Michal are currently in the UAE for an official two-day visit, the first-ever such visit by an Israeli president. Both are safe. President Herzog said he will continue his visit to the UAE, as planned, regardless of the Houthi missile attack, his spokesperson said in a statement shortly after.


“The attack did not result in any losses, as the remnants of the ballistic missile fell outside the populated areas,” the ministry said. UAE air forces, together with the Coalition to Restore Legitimacy in Yemen, subsequently destroyed the the missile launch site in Yemen’s Al-Jawf governorate, the statement said. The ministry affirmed its “full readiness to deal with any threats,” adding it will “take all necessary measures to protect the UAE from any attacks.”

A spokesperson for the Houthis allegedly said the group would reveal details regarding this latest attack against the UAE and those it has planned for the future, sources reported.

Military journalist Babak Taghvaee tweeted that Iranian-backed Houthi rebels failed in their attempt to attack the Abu Dhabi airport. A Patriot SAM battery protecting the city shot down a Shahed-136 “loitering drone” launched by Houthi rebels from Yemen, according to the report.

Last week, the UAE quietly and unofficially asked Israel about acquiring missile defense systems to help protect the country from such attacks, according to Israeli sources who spoke with Breaking Defense.

Preliminary talks were being held after three civilians were killed and six more were injured in an armed drone-and-ballistic missile attack by Houthi militia fighters on January 17.

Less than a week after, on Jan. 24, the UAE said it intercepted and destroyed another two ballistic missiles in the skies above Abu Dhabi, again both fired by the Iranian-backed Houthis. Patriot interceptors were used by USCENTCOM forces in addition to those efforts to defend the approximately 2,000 US forces stationed at Al Dhafra Air Base in the country, according to US Central Command.

A UAE F-16 fighter jet destroyed a ballistic missile launcher in Al Jawf immediately following the attack, according to the UAE MOD.

The UAE is a member of the Saudi-led military coalition supporting the Yemeni government against the Iranian proxy Houthi militia, which has repeatedly targeted Saudi Arabia in cross-border attacks.

Israel declined to comment on the report, and the UAE did not respond to a query by Breaking Defense. 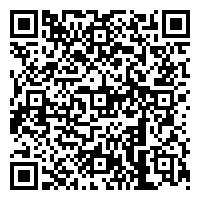