There is no antisemitism, at least that can be noticed, in the United Arab Emirates, the country’s senior rabbi tells JewishPress.com in an exclusive interview Sunday held after the Israeli President Isaac Herzog and his wife Michal met with Jewish community representatives in Abu Dhabi, the UAE capital.

Senior UAE Rabbi Elie Abadie spoke with JewishPress.com after the meeting, which came on the first day of a busy two-day visit to the country, the first official visit to the UAE by an Israeli president.

“We wanted to welcome him and have the emotional feeling of seeing the Israeli president visit an Arab country,” Abadie said. “It was a feeling that the Jewish community in the UAE has ‘graduated’, so to speak, and now is truly recognized as a community of faith.”

Official recognition of the Jewish community in the UAE, which numbers only around 500 Jews, as a “community of faith” followed the signing of the historic Abraham Accords normalizing diplomatic ties between Israel, the UAE, Bahrain, Sudan and Morocco.

“I want to give huge credit to those who brought about the Abraham Accords,” President Herzog said in his meeting with the Jewish community. “I want to express my immense gratitude for the leadership of Sheikh Mohammed bin Zayed and his government. He is a bold leader, an amazing leader with whom I spent a few hours today and from whom I drew immense inspiration.

“I want of course to commend Bahrain and the King of Bahrain, former U.S. President Donald Trump and his administration, and former Israeli Prime Minister Benjamin Netanyahu and his government. They all made this peace treaty a reality, and we are all taking it from there.

“With the new Biden administration in the United States, the Government of Israel and Prime Minister Naftali Bennett and your humble servant as the new President of Israel, we are all working together with so many others to make this reality something sustainable for the future, which will hopefully bring more and more nations to join in peace with Israel,” Herzog added.

It is likely the UAE and Bahrain will not be the only Gulf States to establish public diplomatic ties with the Jewish State, predicted Abadie, who also founded the Association of Gulf Jewish Communities last February and serves as its rabbi.

“I believe in the foreseeable future we will see a few other countries in the Gulf normalizing relations,” he said. “There was an Israeli charges d’affaires in Qatar until 10 years ago. . . I think we will see it officially opening up in the next few years.”

In the UAE, there is no noticeable antisemitism, the rabbi added. “If there is, we don’t feel it,” he said. “There have been no incidents in recent history; I walk with a kipa and observant Jews here do the same, with tzitzit out, and no one says a word or even gives a ‘look’ – one can’t even do that in Israel, unfortunately,” he commented.

“This is one of the safest, if not THE safest place in the world” for Jews.

One of the reasons for that safety has to do with the severe penalties that face those who violate the country’s strict laws against discrimination. “No one DARES to do it,” the rabbi pointed out. “There is a five-year prison term, and a fine of 250,000 dirhan ($50,000) if one is found guilty of defaming any other religion or committing a hate crime.”

Rabbi Abadie urged world Jewry to “see the new paradigm that is taking place here in the Gulf,” saying that as Jews, “we ought to support it and encourage it more and more.”

“I also believe that the dialogue between Judaism and Islam is at a fascinating point, and I very much look forward to further dialogue with Islamic countries,” President Herzog told the Jewish community representatives.

Abadie concurred, saying, “The world is changing for the better, at least here. Not in the West, unfortunately,” he added wryly. “People here are seeing the value of Israel and welcoming Jews and a Jewish community. The policy of Sheikh Zayed, the founder of this country, may he rest in peace, prioritized tolerance; it is something that is lived here, and encouraged all the way.” 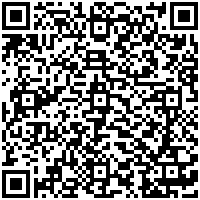