(Written by QANTA A. AHMED)

The world properly acknowledged the recent 77th anniversary of the liberation of Auschwitz, when American and allied forces liberated surviving Jewish prisoners from one of the most savage and massive killing machines of the Holocaust that murdered and erased the lives and voices of 1.1 million Jews.


Today, American culture is erasing, in a much subtler way, the voices of many Jewish Americans.

The Academy Museum of Motion Pictures opened recently in Hollywood, but what was missing, as Rolling Stone observed, was any reference to the Jewish artists fleeing Nazi Germany who would go on to build from scratch the multi-billion-dollar, world-dominating film industry that we know today as Hollywood.

Industry giants—including Jack Warner, founder of Warner Brothers, and Carl Laemmle, founder of Universal Studios—were both excluded from the museum.

Instead, exhibits focus on artists such as Ethiopian filmmaker Haile Gerima and Japanese animator Hayao Miyazaki who, while certainly accomplished, were foremost celebrated for their work as members of and portraying multiple marginalized identities.

Members of the academy reportedly admitted that they had lobbied to showcase “nonwhite” cinema and downplay “white contributions.” But in the drive to represent diversity and inclusion, Hollywood’s Jewish bedrock was erased.

Haim Saban, renowned media mogul and Jewish philanthropist, noted the stark erasure of Jewish contributions to Hollywood, and with a $50 million stake in the museum, made his observations known.

The museum is now reconsidering what at best is an oversight, or what is more likely an inversion of Jews as a persecuted minority into a white privileged class.

This is at a time when anti-Semitism and hate crimes against Jews are increasingly prevalent in the U.S. Recently, a British jihadist terrorist held four Jewish worshippers hostage in a Texas Synagogue in Colleyville during Shabbat services, as the livestream audience looked on.

After an 11-hour standoff, and 200 law enforcement officers had assembled, the rabbi led the hostages’ bid for freedom, distracting the terrorist with a chair, thereby saving his congregants and escaping to safety. The terrorist was killed by agents who then secured the scene.

While this attack shook American Jews and those who stand with them, it wasn’t until later that the FBI and U.S. President Joe Biden called the incident an “act of terror” and a “hate crime” against Jews.

Instead of breathing a sigh of relief, the country must recognize that anti-Semitism in America is steadily ratcheting upward.

Not all Muslims are Islamists, but all Islamists are, indeed, Muslim. This hierarchy of victimhood overlooks many Jews who are themselves of Arab origin. Current framing recasts them as whites, overlooking that a Jewish person is part of a persecuted religious minority group.

Minnesota Democratic Congresswoman Ilhan Omar’s infamous remark, “It’s all about the Benjamins,” was blatantly anti-Semitic. Omar and Michigan Democratic Rep. Rachida Tlaib are supporters of the Palestinian-led BDS movement. Omar had even stated that “Israel has hypnotized the world,” prompting Republican Liz Cheney, then-Chairwoman of the House Republican Conference, to urge Democrats to expel Omar from the House Foreign Affairs Committee. It was a move echoed by the Republican Jewish Committee.

Why does this matter?

Both FBI director Christopher Wray and FBI National Security Branch Executive Assistant Director Jill Sanborn referred to the recent perpetrator of the Coleyville hostage incident, and to the difficulty of identifying lone actors, with “fewer dots to connect.”

This ignores the reality that anti-Semitism is at a 45-year high in America. New York Police Department data shows anti-Jewish hate crimes increased 51% in 2021—with the total number of attacks nearly equaling anti-Asian and anti-gay-male hate crimes combined.

American-Jewish communities have been forced to deploy armed security since the October 2018 Pittsburgh attack on the Tree of Life Synagogue, where 11 Jews were killed, as well as the April 2019 Poway attack in California, where one Jewish woman was killed.

First, from the far-right, neo-Nazis, white supremacists and ultra-nationalists form a brand of anti-Semitism that gets widespread coverage in the media.

Because of fears of being labeled Islamophobic, the vehicle of Islamist anti-Semitism is in play. Islamism, masquerading as the great monotheism of Islam, is an artificial 20th-century totalitarian ideology that steals the language and metaphors of Islam, but holds at its core a cosmic enmity with all matters pertaining to Jewry, Judaism, Zionism and Israel.

This fanaticism drove “Lady Al Qaeda” to whom the Colleyville hostage taker referred. Bizarrely, due to the deterrent of Islamophobia, media referred to her as a “Pakistani neuroscientist,” rather than a federally convicted terrorist.

While the family of the Colleyville terrorist has said he was mentally disturbed, and the FBI has since corrected its initial denial that anti-Semitism was a motive in the act, there is no denying the iconic symbol of religious Jews at worship as a target of lethal anti-Semitism.

The hostage-taker’s targeting of Jews at worship, his desire to speak to and seek the release of one of the most iconic female jihadist terrorists ever convicted and his articulated desire to meet his death suggest that he was exposed to, and indoctrinated by, jihadist ideology, which appeals to the disenfranchised.

As if all that weren’t bad enough, the pandemic has become a vehicle for digital anti-Semitism for some who claim vaccination and virus conspiracy theories, suggesting that the pandemic is part of a “Jewish plot,” with vaccination developments enriching Jews.

Anti-Semitism is traveling at speeds not seen in recent years and mutating at a rapid rate. The attempt to erase Jews is repeating itself. Sadly, we have seen this movie before.

(Qanta A. Ahmed, MD, is a member of the Committee Combatting Contemporary Antisemitism at the USC Shoah Foundation and Senior Fellow at the Independent Women’s Forum) 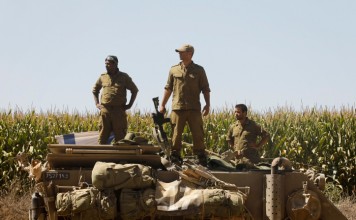 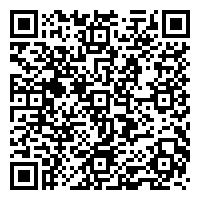