Nearly two dozen Egyptian officers and soldiers were slaughtered and more than two dozen others were injured in an attack early Saturday morning by Islamic State terrorists at the largest Egyptian army base in Sinai.

The base is located in al-Aqsima, in central Sinai, and quite far from the usual ISIS (Islamic State) attack zone. It is also very close to the Israel-Sinai border, as Arab affairs blogger Abu Ali points out in the map below.

According to Abu Ali, four ISIS suicide bombers infiltrated the base at 4 am, and after a shootout each self-detonated at key points in the base, killing eight officers and 12 soldiers, and wounding more than 25 others.

The Egyptian military said in a statement that despite its losses, its soldiers managed to return fire and kill 14 of the terrorists during the attack.

“The images from the base are too difficult to publish, a blood-drenched building with a head and a leg lying in a red-blooded room,” the obviously shaken blogger wrote.

He pointed out that the Islamic State terror group has learned how to “adapt easily to the new changes dictated by the conditions on the ground.” 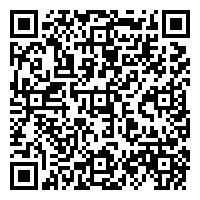