The police’s elite Yamam counterterrorism unit operated on Monday night to arrest wanted persons in the city of Shechem (Nablus) amid a heavy exchange of fire with terrorists.

During the operation, in a city under the control of the Palestinian Authority, the troops arrested two wanted persons suspected of terrorist activity while exchanging fire with terrorists.

Israeli forces also operated at a number of locations throughout Judea and Samaria to arrest wanted persons suspected of terrorist activity, including in the city of Bethlehem and in the villages of Hamza, Issa, Dura, Zurif, and Tekoa.

Security forces operated in the city of Ramallah and the nearby town of El Bira and arrested two wanted individuals suspected of involvement in terrorist activities.

In Hebron in the area, the soldiers located and confiscated a gun. 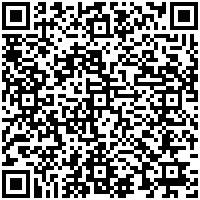