TIME magazine has selected Israel’s new superstar politician Yair Lapid as one of the world’s 100 most influential people. The magazine placed him alongside people such as President Barack Obama, Vice President Joe Biden, New Jersey Gov. Chris Christie and Pope Francis in the group of top leaders.

Lapid is the son of the late secular party leader Tomy Lapid, a Holocaust survivor whose Shinui (Change) party won 15 seats in the Knesset and then fell into the long history of failed one-man and one-issue parties.

The younger Lapid turned to politics last year after making a name for himself as a left-wing secular journalist who formed his Yesh Atid (Future) party and then advertised himself as a tolerant centrist. Yesh Atid is the second largest party in the Knesset, earning him the position of Finance Minister, probably the first person to hold that position without having even a high school diploma.

“If the world at large views Israel through its conflict with the Palestinians, Lapid personifies the nation’s determinedly inward focus, TIME’s Israeli correspondent Karl Vick wrote.

Lapid is becoming the center-left media’s Great Hope to oust Prime Minister Binyamin Netanyahu, and Lapid himself has said he expects to become Prime Minister. It might have been more than a coincidence that the name of Netanyahu, who was on the list last year, was missing from this year’s roster.

Vick correctly concluded in his short description of Lapid, “He already has the swagger.” 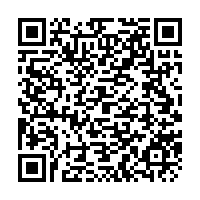