The Israeli Foreign Ministry is warning citizens not to travel to Colomo, the capital of Sri Lanka, as chaos, violence and rioting erupt over the country’s worsening economic crisis.

“Since this morning, thousands of Sri Lankan citizens are protesting in the capital Colombo… and the situation is not stable at the moment,” the Ministry said in a statement, calling on Israeli citizens in the capital to obey the instructions of local security and to stay away from protest areas.

Israelis who are not in the country, or who are outside of Colombo, were advised to avoid traveling to the capital.

Hours after Sri Lanka Prime Minister Ranil Wickremesinghe said on Saturday that he would resign upon the establishment of a new government, protesters stormed his private residence and set it on fire.

It’s not clear whether Wickremesinghe, who also serves as the country’s finance minister, was inside the residence at the time.

Earlier in the day, tens of thousands of protesters had broken through police barriers and stormed the official residence of Sri Lanka’s President Gotabaya Rajapaksa in Colombo. The president was evacuated from the residence by security personnel and is reported in a safe location, according to international media. He did not resign.

Footage from the BBC showed dozens of protesters swimming in the presidential palace pool.

The prime minister said in a tweet that he was resigning to allow for an all-party government to take over the country in the face of escalating protests.

Rampant inflation combined with shortages in fuel, cooking gas, food and medicine have created a tinderbox in Sri Lanka that in some respects resembles that which has nearly destroyed Israel’s northern neighbor, Lebanon.

Despite aid from neighboring India and other countries, Sri Lanka is struggling for survival amid accusations of mismanagement and corruption aimed at the Rajapaksa family.

Diplomatic relations between Israel and Sri Lanka have existed for decades. They were briefly suspended during the reign of the country’s third president, Ranasinghe Premadasa (1989-1993) but were subsequently restored in the year 2000. 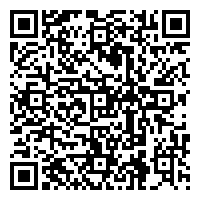