The Brooklyn College students who were expelled from a Brooklyn College public event, and publicly chastised by a Brooklyn College official find are deeply disappointed in the response of the school’s report concerning the event, based on the investigation it conducted and the recommendations on which it is based, issued by the General Counsel for City University of New York and an outside law firm and (2) the inadequate “apology” issued by the BC president.

The lawyers representing several of those students informed the school that the inadequate response is unacceptable.  The students, through their legal representatives, insisted that in order to begin to right the very serious wrongs in which the school played a major role, administrators, professors, employees and student groups must be subject to disciplinary proceedings. The school has not yet responded.


On February 7, Brooklyn College was the site of a BDS (Boycott of, Divestment from and Sanctions against Israel) event at which two speakers virulently opposed to the state of Israel shared with the audience why they should promote the economic and political warfare method of BDS.

The event went forward, with the official endorsement of the college president, Karen Gould, who emphasized her support of the event was based not on any agreement with the concept of BDS, but on the need to honor and promote academic freedom.  She also encouraged all those who disagreed with the premise of BDS to attend the event and engage in the debate. She wrote:

As an institution of higher education, it is incumbent upon us to uphold the tenets of academic freedom and allow our students and faculty to engage in dialogue and debate on topics they may choose, even those with which members of our campus and broader community may vehemently disagree. As your president, I consistently have demonstrated my commitment to these principles so that our college community may consider complex issues and points of view across the political and cultural spectrum.

The Event did go forward.  Points of view across the political and cultural spectrum? Not so much.

As has been reported here and elsewhere, four Jewish pro-Israel students (the Brooklyn College Four) were ejected from the event, allegedly for creating a disturbance and being disrespectful.

The students were ejected from the public event despite the agreement of virtually everyone at the event – at least once they knew that the veracity of their statements were being examined, that there was no disturbance.  There was one lone, unnamed, non-student woman who allegedly told SJP students working at the sign-in desk (outside of the event room) that the students later expelled were “creating a disturbance” and that she “thought they were handing out flyers.” This person has not been identified and was not interviewed by the investigators.

Evidence gathered through the investigation confirmed that Brooklyn College and CUNY officials and faculty placed complete, discretionary control over public safety and constitutional liberties of everyone at the event in the hands of someone who was not only not a CUNY administrator, faculty member, or public safety personnel – even though there were multiple members of every one of those categories on site that night.  Even worse, the person who was given complete control over the rights of all attendees is someone who had absolutely no connection to BC or CUNY at all.  This person, Carlos Guzman, was the creator and strongest possible advocate of the BDS event; he had incentive, and no professional responsibility, to respect, support or protect the views of those who opposed the BC BDS event. A thorough critique of the Report is available here.

Although the Investigators, through the Report, unequivocally stated “there was no justification for the removal of the four students,” because “nothing the four students had done gave rise to a reasonable fear that a disturbance was about to erupt,” the rebuke offered by these three lawyers was to state that the “Brooklyn College administrators did not handle this event well.” Quite. 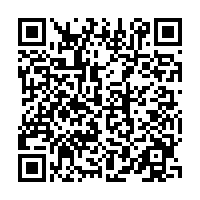