If you belong to the small but ever-growing camp that believes President Donald Trump is a mythical being, wittingly or unwittingly carrying out the wishes of the Creator, have I got two more cases in point for you: on Tuesday, shortly after Trump’s announcement he was off the Iran deal, the Iranian currency dipped to a record low of 67,500 rials to $1.00, according to Bonbast.com, which tracks the currency’s value at the free market. That was down from 57,500 at the end of last month and 42,890 at the end of last year.

According to Israel’s Army Radio, word on the street in Iran’s cities, where protest rallies against government economic shortcomings have become a regular, even daily event, has been that by the end of the day the Iranian currency might drop to 100,000 to $1.00.

The next unintended consequence is even more surprising: Prime Minister Benjamin Netanyahu, so vilified by Israel’s mainstream media and often ridiculed by the Western media for his theatrics in presenting the Iranian menace using Wile E. Coyote’s Powerpoint, is being showered with love by Russian President Putin – one day after the Trump speech and, even more bizarre, after an Israeli attack on an Iranian missile stash in Syria where at least 9 Iranian Revolutionary Guards were killed and many others injured.

An Israeli Russia expert (Israel has more of those than even Washington, it appears) told Israel Radio there was not one critical word in the Russian media about the attack in Syria. For a fleeting moment, it seems, Putin values his personal relationship with Bibi over whatever Iran may offer him.

And so Bibi was honored with the best seat on the reviewing stands at the Victory Day parade celebrating 73 years since the Soviet Union liberated the world from the Nazi menace.

The Russians take this day very seriously. They lost 30 million of their countrymen to the Great War. Sure, many of those deaths were self-inflicted, many had to do with the unique approach of the Red Army to pushing ahead at the front, on top of heaps of dead bodies, if need be. But the losses of the Great War are as traumatic to the Russian rank and file citizens as the losses of the Holocaust are to the Jewish people.

Which is why it left an impression when President Putin said during the wreath-laying ceremony for the unknown soldier at the memorial for Red Army soldiers who fell in World War II and whose resting place is unknown, that this was also in memory of the Holocaust.

This recognition of the suffering of the Jews, the only other nation mentioned next to the Russian people in that context, that’s a new and big thing. Putin is pursuing Israel this week as part of his managing the fallout from the Trump announcement. For today, both Russia on its great memorial day and the US in Trump’s mention of Mossad’s trove of Iranian nuclear secrets, want Bibi’s friendship.

It turns out the Middle East is changing even faster than we’ve imagined. Russia is not crazy, we are learning, about being in bed with the mullahs. It feels much more at home with their mortal enemies, the Saudis. As part of Iran’s ever-growing isolation, while its terrorist wings are being clipped, Saudi Arabia and Russia have working on a long-term deal to extend their alliance on oil curbs that began in January 2017, after a crash in crude prices. Because even in price-fixing, Putin prefers the more stable of the two countries.

And in 2017 Russia agreed to sell to the Saudis those S-400 Triumph medium-range and long-range surface-to-air missile systems, which were part of the Victory Day parade at Red Square in Moscow today. The same system the Russians are still “considering” whether or not to give the Assad regime.

It helps that the Saudis pay cash – there’s no way Assad could ever afford those expensive things, and the Iranians, with the Rial nose diving, can’t help.

The S-400 systems Putin offers his new friends comprise a set of four missiles with varying ranges, and is designed to intercept aircraft as well as other missiles up to 250 miles away. There’s also talk about Moscow selling the Saudis anti-tank rockets, assault rifles and grenade launchers.

These truly are new times. Just look at Bibi’s face in the somber picture. He knows. 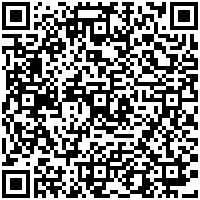