US ambassador to Israel David Friedman has been called for urgent discussions on the Middle East peace plan at the White House and will therefore be absent from a conference of the American Jewish Committee in Jerusalem, Israel Hayom reported Sunday night.

Ambassador Friedman left a recorded greeting for the conference delegates, saying, “I’m sorry I cannot be with you this evening at the conference. By the time you see this greeting, I’ll be in Washington.”

Confirming that he was away to discuss President Trump’s peace plan, which the latter once described as the “peace deal of the century,” the ambassador said at the start of the video that he is in Washington “in consultations on the administration’s evolving peace plan. Wish us luck.”

Friedman’s trip to the White House confirms many recent reports that the Trump administration is about to present its peace plan soon. Israel Hayom cited a source in the White House who intimated that “the plan is not yet ready but has entered its final stages.”

On Sunday, in an op-ed in ha’aretz, President Trump’s Mideast Envoy Jason Greenblatt criticized PA negotiator Saeb Erekat for his outbursts against moving the US Embassy from Tel Aviv to Jerusalem, and declared: “We must all join together to reject such unhelpful rhetoric and false claims if we hope to achieve peace. For far too long, the United States has turned a deaf ear to such words, but ignoring hateful and false words has not brought peace and it will never bring peace.”

The embassy move, according to Greenblatt, “was not, as Dr. Erekat baselessly claimed, part of a US attempt to force an Israeli-written agreement on the Palestinians. To the contrary, as President Trump declared in his official proclamation last December, he recognizes that ‘the specific boundaries of Israeli sovereignty in Jerusalem are subject to final status negotiations between the parties,’ and he reaffirms that ‘the United States continues to support the status quo at the Temple Mount, also known as Haram al-Sharif.’” 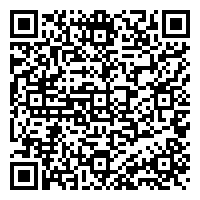