In a typical effort to snatch defeat from the jaws of victory, Democrats are now embroiled in a skirmish between the center-left and center-right mainstream of the party and the sliver of about 20 radical leftists in the House of Representatives.

At the core of the dispute is the fact that the Democrats were expecting to flip even more Republican seats in the House after their huge victory in 2018, but lost five or six seats instead. In response, friendly Republicans and party moderates have suggested that the left-leaning DNC agenda may have scared away voters in the more conservative states. The left, represented most loudly by Congresswoman Alexandria Ocasio-Cortez of New York, claimed the opposite is true: Democrats can’t go wrong by pushing a more liberal agenda (Squad Enraged by Gov. Kasich’s Advice to Go Easy with the Radical Leftist Thing).


That was on Sunday. On Monday, AOC took the fight to the opponent’s field, when she said in a phone interview with the NY Times (An Early Test for Biden: Managing a Divided Democratic Party): “I think that’s what people are keeping an eye out for: is this administration going to be actively hostile and try to put in appointments that are going to just squash progressives and organizing? I don’t envy the Biden team. It’s a very delicate balance. But I think it’s really important to strike a good one. Because it sends a very, very powerful message on the intention to govern.”

And lest we be unclear as to who is the real enemy within the party, AOC called him by name, telling the Times: “Someone like Rahm Emanuel would be a pretty divisive pick,” she said.

As mayor of Chicago, Emanuel had his difficulties with teachers’ unions and did not improve race relations in one of the most segregated cities in the nation. As chief of staff under President Obama, he was as effective as they come.

But, as AOC put it, should Joe Biden assign Emanuel a cabinet position, “it would signal, I think, a hostile approach to the grass-roots and the progressive wing of the party.”

The left is demanding that Biden not only show his gratitude for their indefatigable efforts that may put him in the White House, by picking progressives to key cabinet positions, but by also excluding individuals who are associated with Wall Street or with lobbying outfits.

This could get very tricky should the Democrats not win both runoff elections for senate seats in Georgia on January 5. The Senate approves senior cabinet positions. Biden will have to include in his cabinet progressives, even radical progressives, to earn the support of the left in Georgia – because it’s the left that’s shown an admirable ability to rouse black voters, without whom the Democrats can’t win those two seats. But should they fail, then a Republican Senate would certainly not permit AOC-approved candidates to become cabinet secretaries.

Careful what you wish for, Joe…

The man AOC groomed and turned into an effective campaigner against the defeated incumbent Rep. Eliot Engel, Jamaal Bowman, was as adamant as his mentor is suggesting that the work that progressives, including climate organizers like the Sunrise Movement, had invested in building up Joe Biden, must be rewarded. And if they aren’t, one presumes, cabinet appointments, like elections, have consequences.

Rahm Emanuel did not agree with the very concept of selling America on a more leftist agenda. “The progressives said we need a base candidate,” he said, likely referring to Bernie Sanders. “No, we didn’t. We needed someone to get swing voters. If you campaign appropriately, you can make that a governing transformation.”

The Times quoted Rep. Conor Lamb from Pennsylvania, whose 17th district includes most of the northwestern suburbs of Pittsburgh, where Donald Trump defeated Hillary Clinton in 2016. In his first election, in 2018, Lamb beat his opponent by 49.9% to 49.5% of the votes. In the next two years, he sided with President Trump 68% of the time. He barely survived the 2020 election, and for him, the AOC message is terrifying.

“What we heard from a lot of our constituents was that they do not like the Democratic message when it comes to police in Western Pennsylvania, and when it comes to jobs and energy,” he said. “And that we need to do a lot of work to fix that.”

This thing is not going to end peacefully… 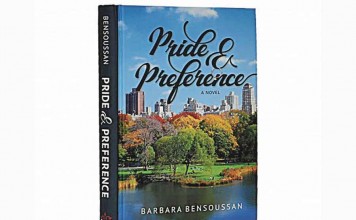 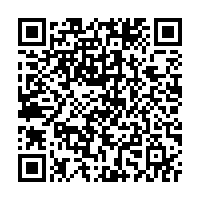