The international BDS movement is calling on Netflix to cancel the Israeli hit series Fauda – and should the online streamer not comply, BDS is threatening legal action against showing the series, which it says is “racist against Arabs, supportive of violations of international laws and of human rights,” Ha’aretz reported Thursday.


Fauda (“chaos” in Arabic) is an Israeli political thriller television series. Eighteen months prior to the start of the plot, Doron Kavillio (portrayed by Lior Raz), and his special forces unit supposedly killed Taufiq Hammed, a.k.a. Abu Ahmad, a.k.a. “The Panther” (portrayed by Hisham Sulliman).

Doron retires from the army, only to be approached at the beginning of season 1 by his former commander Mickey Moreno (portrayed by Yuval Segal) who tells him that Abu Ahmad is still alive and would be attending his brother’s wedding. Doron rejoins his team in order to go undercover at the wedding. They are discovered and the brother is killed moments before Abu Ahmad arrives. Doron shoots and injures him, but the terrorist manages to escape. And so on and so forth for three seasons.

In 2016, Netflix bought the rights to Fauda and made it available for streaming to all Netflix subscribers, in 130 countries.

The NY Times counted Fauda among the best TV shows of 2017, describing it thusly: “The grittiest, tightest, most lived-in thrillers come from Israel, and ‘Fauda,’ which came out here at the end of 2016 before breaking out this year, is the current standard-bearer. A crack counterterrorist team, outfitted in T-shirts and sandals and driving a beat-up van, chases a Hamas member around a hilly Arab-Israeli town, and while the outcome is predictable, the story ventures into the lives and minds of characters on all sides of the conflict.”

But BDS is apparently not made up of fans of quality TV, and to them Fauda is “racist propaganda for the Israeli occupation,” an “ostentation of aggression” against the struggling Arabs, and altogether part of Netflix’s support for the “crime of occupation.”

It doesn’t really matter to BDS that Jewish and Arab actors work together to put together the production.

According to Ha’aretz, the BDS letter also mentions that the series’ creators, Lior Raz and Avi Issacharoff, are themselves veterans of IDF special forces, and “support the machinery of the occupation, Israeli colonialism and apartheid.” Which seems unfair, because for $8 a month anyone in the PA or Gaza can get a Netflix subscription and binge watch entire seasons of Fauda, just like Israeli citizens – so no apartheid there. 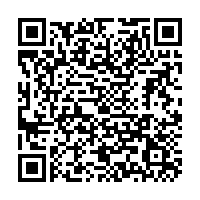