Below, I’ve enclosed a transcript of Senator Bernie Sanders’ February 18 appearance on CNN’s Presidential Town Hall. It is a fine example of leftist thinking about reality in the Middle East that is so mired in the 1970s it would take a force as big as Yoko Ono, perhaps, to break it up. Point by point, Sanders reveals his deep ignorance about a region which has undergone breathtaking changes over the past decade – but said changes, alas, have made no impression on Bernie’s consciousness. And then there’s Bernie’s old lefty line about the Jewish State’s involvement in all this that goes: It all began when Israel retaliated. It’s a classic.

Oh, and he makes it all glide good into the oven on a thick shortening agent he calls “as somebody who is Jewish.”


We know you’re Jewish, Bernie, we just don’t know why God did it to us.

.@BernieSanders on #CNNTownHall: “To be for the Israeli people and to be for peace in the Middle East does not mean that we have to support right wing racist governments that currently exist in Israel… pic.twitter.com/L3tqrt3pcE

So, here are the full quotes, courtesy of People for Bernie, in response about a question from the child of Israeli yordim regarding US-Israel relations under the Sanders Administration. Bernie said:

“To be for the Israeli people and to be for peace in the Middle East does not mean that we have to support rightwing racist governments that currently exist in Israel.”

This is a repeated argument by Sanders, which is yet to be challenged: should the US withhold its support from governments it deems rightwing and racist? Is that the President Sanders doctrine? Would the Sanders administration revoke its 10-year, $38 billion military aid contract with Israel, signed by the last Democrat in the White House, whom so many of us believed was anti-Israel?

Of course, it can’t be done, because that particular aid package is anchored in Congressional legislation, which would take a majority in both houses to dismantle. But Bernie, right off the bat, announces his intent to go to war against the Israeli government, should it be led, once again, by PM Benjamin Netanyahu or someone like him.

“And let me tell you this also, and I feel strongly about it, as somebody who’s Jewish, and knowing how much our people have suffered over the years…”

This line, folks, is taken directly from the PLO propaganda manual about the Jews who survived the Holocaust in Europe only to come home to Israel to start tormenting the “indigenous people.” Because the Jews suffered in the past, goes this deeply anti-Semitic logic, then all suffering endured by their Arab neighbors is by default the Jews’ fault. There are no other factors: tyrannical regimes, terrorist gangs usurping the hard-earned pennies of the working population, tribalism, illiteracy, Arab on Arab violence, the domination of women – none of that catches Bernie’s attention. Trust him, as a Jew himself, when he tells you: it’s the Jews.

“Take a look at what’s going on in Gaza right now. You got youth unemployment 70%, you know people can’t even leave the area.”

Again, an Arab hardship without a cause. Bernie knows nothing about the fact that Israel in 2006 uprooted 8,000 Jewish settlers in a unilateral move out of the Gaza Strip – a move that was followed, predictably, by tens of thousands of rockets fired at civilian population centers in Israel, complete with terror tunnels and explosive-carrying balloons which continue to terrorize the same civilians to this day. This is why Gaza is paralyzed. And people can’t leave the area because the Hamas government won’t let them, unless they pay upwards of $5,00 per capita for the right to cross over to Egypt.

Bernie knows his audience is made up of partially educated Americans whose knowledge of the world around them is limited. He need not worry about being challenged by his audience. Perhaps Mike Bloomberg—a true friend of Israel—will give him a run for his money (pun not intended) when they meet in the next debate. One can hope.

“What American foreign policy has got to be about in the Middle East, bringing the Israelis bringing the Palestinians together under the banner of justice.”

OK, I admit, I have no idea what he means. The banner of justice is the last thing you want to be under if your aim is to achieve a measure of modus vivendi for Arabs and Jews. You really don’t want both parties to start airing out their grievances about the injustices of the past, because we here in Israel have a bloody trail of dead men, women, children and babies who were murdered for no reason other than their being Jews. Let’s see you figure out justice for this one, fellow Jew Bernie.

“We could do it, we have the wealth to do it. It cannot just simply be a one that we’re just pro-Israel and we ignore the needs of the Palestinian people.”

We have the wealth to do it? Bernie, you’re touting a $30 trillion Medicaid for All idea that would restructure the US economy in a way that would make the New Deal look like a summer picnic (I admit, I didn’t find a really good metaphor here, I’m open to suggestions). You have the wealth to cover the cost of an Israeli-Arab peace deal? Even Donald Trump didn’t dare put American money on the line with his deal of the century peace proposal – he banked on rich Arab countries and the Europeans to lend a hand. And what do you really know about the needs of “the Palestinian people” that you weren’t fed by your friends at the PLO?

At this point, Bernie turned to President Barack Obama’s other horrendous failure in the region:

“We’ve got to pay attention to both and by the way, it’s not a dissembler situation with regard to Iran and Saudi Arabia. For years, we have lovveeedd (sic) Saudi Arabia wonderful ally. Only problem is the people run the country on murderous thugs. Alright? I believe that instead of being really cozy with Mohammed bin Salman the billionaire dictator of Saudi Arabia, I believe, President Obama made good progress in this way to build on that, that we can bring the Saudis and the Iranians together.”

Bernie, please, take a look at the “good progress” which was left by Obama in the Middle East: Syria has had a bloody civil war for nearly a decade, with more than half a million dead and millions uprooted; Libya is no more; Egypt is back to being ruled by a strong military dictator; Iran is sinking into chaos while spreading terrorism and death across the region.

You must have heard of the repression of mass anti-regime demonstrations in Iran where government forces have so far killed more than 1,500 civilians. You really have nothing to say about Iranian murderous thugs? Only the Saudis catch your ire?

Saudi Arabia and the Gulf States are engaged in positive endeavors in the region, a good deal of which have to do with collaboration with the rightwing government of Israel. Of course they are “murderous thugs,” so are the Russians and the Chinese, and occasionally the French and the British, and, I’ve been led to understand, so is the United States of America.

In conclusion: Bernie Sanders is the worst possible populist candidate for president the US since Huey “The Kingfish” Long, and if he wins, God forbid, we are in serious trouble. As to his ideas concerning the Middle East: it’s time to cringe in fear and vote for someone else. 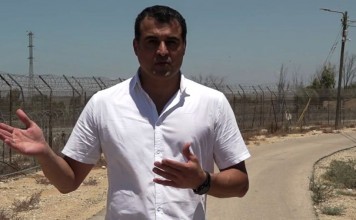 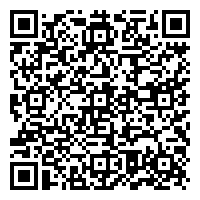