President Joe Biden will probably nominate Thomas Nides, who served as Hillary Clinton’s Deputy Secretary of State for Management and Resources from 2011 to 2013, as the next US ambassador to Israel, according to the Washington Post (Biden donors, friends, and former aides expected on first slate of high-profile ambassadors).

Nides will be yet another Jewish ambassador to Israel, the son of Shirley and Arnold Nides from Duluth, Minnesota. His late father, who owned Nides Finance—a national consumer finance company, was president of the Duluth Temple Israel and the Duluth Jewish Federation.

Indeed, the last US ambassador to Israel who wasn’t Jewish was James Cunningham, who was followed by one Shapiro and one Friedman. But his Jewish faith is not why mainstream Democrats should be pleased with the prospect of Biden’s picking Nides, who is currently the managing director and vice-chairman of Morgan Stanley. Mainstream Democrats should be pleased because of Nide’s connection to Hillary Clinton, one of the last security hawks in the party.

For his service, in 2013, Secretary Clinton awarded Nides the Secretary of State’s Distinguished Service Award, the nation’s highest diplomatic honor. In 2016, Nides was considered for the role of White House Chief of Staff by in Hillary’s administration.

Back during the 2020 presidential campaign, Nides served as a Biden and Kamala Harris proxy, but in an interview with the NY Times, he came across more as a Hillary proxy. “Hillary Clinton really likes Joe Biden, and always has,” Nides attested. “This is a real thing, not politics. She really liked him as a human being, and the feeling is mutual.”

Clinton’s aides even advised her in 2008 to leverage her friendship with Biden, then the party nominee for VP, to help her decide to accept Barack Obama’s offer to become his secretary of state. They cooked up a deal with Biden, whereby Hillary would call to wish him a happy birthday, following which Biden would lean on her to take to offer. Except that Hillary always does her homework, and she refused. “I know today isn’t really his birthday,” she said.

Hillary and VP Biden ate breakfast together every two weeks at the VP’s residence at the Naval Observatory during Obama’s first term in office. Both of them are foreign policy wonks and share similar views on US policy in the Middle East. Neither was enamored, I’m sure, with their boss’s Arab Spring efforts that set the region on fire. It’s the main reason why mainstream Democrats should welcome Hillary’s proxy Nide as ambassador to Israel. He may not support the settlement enterprise as enthusiastically as President Trump’s Ambassador David Friedman, but he won’t be challenging the next Israeli government—right-wing or unity—to establish a Palestinian state any time soon.

The relationship between Hillary and Joe took a wrong turn in 2015 when Biden realized that Obama preferred Clinton over him as the party’s presidential nominee. Biden was furious and had his aides draft a memo stressing his strengths as the party’s candidate and portraying Hillary as being a hated figure that won’t be able to overcome the public’s negative perception of her. In the end, Biden’s memo was on the money. The issue became moot after Beau Biden’s death when the VP canceled his planned run for the nomination. But to this day Biden still insists that he would have beaten Trump in 2016.

Aaron David Miller, a senior fellow at the Carnegie Endowment for International Peace who is a friend of Nides, told the Jerusalem Post that the presumed nominee is “a guy who has a real pro-Israeli sensibility but also I think is capable of the kind of detachment that is critically important to finding the balance in the US-Israel relationship between protecting Israel’s interests and protecting ours.” 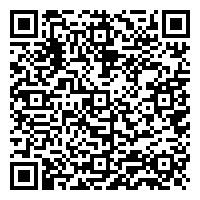