Boise Mayor Lauren McLean said in an email that the graffiti was a “literal and figurative stain on our community. This will not be tolerated… Hate speech is reprehensible. It is not who (we) are as a city and is not part of our shared values. I invite all good people of Boise to stand with me, as I stand with our Jewish neighbors, to rebuke this hate.”


Around 7 PM, Saturday, Boise PD tweeted that it was “investigating graffiti found in tunnels along the Greenbelt near the Anne Frank Memorial,” and that “employees began cleaning it up as soon as they were notified.”

The graffiti is in the process of being cleaned and covered up. Thank you to @boiseparks for such a quick response. pic.twitter.com/P3eSVy84RW

Hence the absence of anything offensive in the image above which was released by the BPD. But according to Police Chief Ryan Lee, the graffiti included at least 12 separate spray-painted swastikas and slurs targeting Jews and other minority groups.

The BPD was aware that the anti-Semitic graffiti had been sprayed near the memorial site on Chanukah, an act Chief Lee described as “Absolutely abhorrent conduct,” and added: “We’re not going to sit idly by and let that be.” However, the chief added, “We do not believe that there’s any reason to have any enhanced security concerns, particularly for the Jewish community.”

The Statesman noted that another swastika had been painted in November on the Idaho Building at North Eighth Street and West Bannock Street and that stickers with Nazi imagery were left all over the Anne Frank memorial in December 2020.

Dan Fink, spiritual leader of Reform Congregation Ahavath Beth Israel in Boise, one of the oldest synagogues in continuous use west of the Mississippi River, compared the anti-Semitic graffiti to darkness, “and so it’s up to us, every citizen of Boise and beyond, to be a light in the darkness because light is more powerful than darkness.” 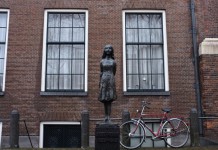 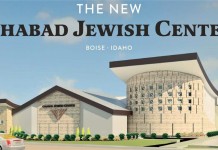 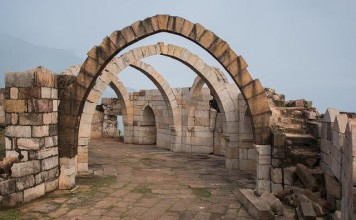 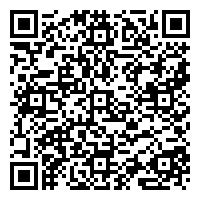