The storm was 400 miles wide and packing winds of 110 miles per hour (175 kph) as it hit the Outer Banks of North Carolina while traveling northwest Thursday morning at about 12 miles per hour. The National Hurricane Center of the U.S. National Oceanic and Atmospheric Administration (NOAA) warned that “life-threatening storm surge and rainfall” was expected as Hurricane Florence closed in on America’s Southeastern shoreline, doubling the area its winds and rain would strike by late afternoon.

“Storm surge” – which can travel several miles inland – is the abnormal rise of water generated by a storm’s winds, historically the leading cause of hurricane-related deaths and massive destruction in the United States. Flooding from heavy rains and torrential rains associated with these storms is the second leading cause of fatalities from tropical cyclones that make landfall and cause flooding hundreds of miles inland for days after the storm has dissipated.


In the city of Wilmington, North Carolina, Chabad-Lubavitch Rabbi Moishe Lieblich said in an exclusive internet interview with JewishPress.com that over the course of the Rosh Hashana holiday earlier this week, Jews were “very concerned.” Their conversations, he said, conveyed “a sense of urgency that I haven’t seen in the past.” Perhaps there was good reason: “In the 11 years we’ve been here, there haven’t been any major threats. But with this one, they were talking about a Category 4 storm and even though it’s now been downgraded, it’s still pretty dangerous. People got very nervous and left. There’s real concern about flooding and rain.”

Hurricane Florence was expected to threaten portions of the East Coast with deadly surf and rip currents for the remainder of this week, according to the National Weather Service. “Start preparing now if you haven’t already,” the website warned. (On average, 12 tropical storms, six of which become hurricanes, form over the Atlantic Ocean, Caribbean Sea, or Gulf of Mexico during the hurricane season, which runs from June 1 to November 30 each year.)

So far, however, it seemed fairly quiet with forecasters projecting the brunt of the storm to arrive “late tonight or early tomorrow morning,” he said. In the background, one could hear the chaos of children as family preparations were being made.

“It will be an interesting Shabbos,” said Lieblich, who together with his wife Chana co-directs Chabad of Wilmington.

“I am assuming it will be a Shabbos without electricity,” the rabbi said, “but we’ll see. Significant numbers of people have already evacuated and left town. We’re not in a mandatory evacuation zone, so we’ve stayed. We’re going to try to keep in touch with all those that we know of who have stayed, up until Shabbos, to see how they’re doing and to help whoever we can — just to be there for people.”

Lieblich said his own family made considerable preparations on their own in advance of the oncoming storm, knowing what was likely to be ahead.

“We stocked up on food and water and flashlights and candles,” he said. “We have a generator, powered by gas or propane. I bought two propane tanks, and we’ll use it to power the freezer to keep the food from spoiling, hopefully long enough till the electricity comes back on next week.”

Storm or no storm, the rabbi has no intention of allowing a simple hurricane to disturb his plans for Sukkot. “I fully intend on having my sukkah up,” he said. “Wind is a concern but the wind should be gone by Sunday so I have plenty of time.” By then, he said, the storm “will be just be a memory.”

Monster Hurricane Dorian Slams Bahamas; US is Next 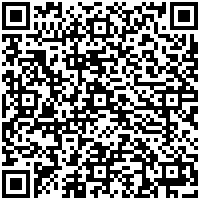