Prime Minister Benjamin Netanyahu on Sunday morning opened his weekly Cabinet meeting saying, “In two weeks, the State of Israel will host US President Donald Trump, and his wife, on his first trip as President outside the United States. The President will be warmly welcomed here as a great friend of Israel and as is customary for the leader of our greatest ally, the United States.”

Netanyahu acknowledged that “the President is seeking to examine ways of renewing the peace process with the Palestinians,” noting: “I share in this desire as do the citizens of Israel. We want peace. We are also educating our children for peace.”

However, the PM continued, “I heard Abu Mazen (Mahmoud Abbas’ nom de guerre), who praises terrorists and pays them according to the severity of the murders they committed against Israelis; I heard Abu Mazen say that the Palestinians are also educating their children for peace.”

“I regret that this is simply incorrect,” Netanyahu concluded. 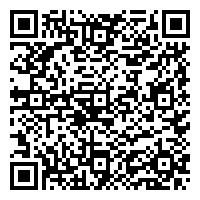